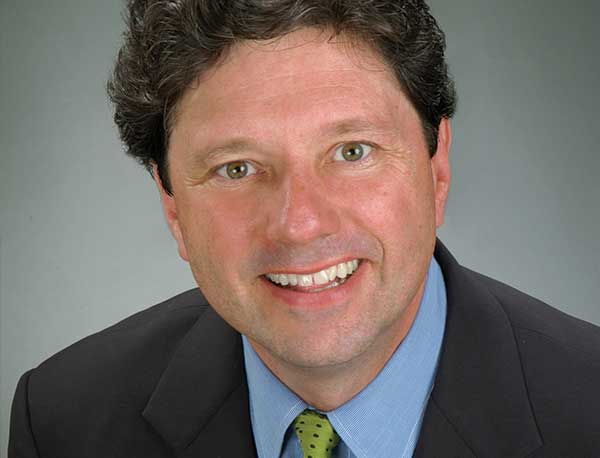 Financial Expert, Educator
Peter Ricchiuti (Ri-Shooty) is the business school professor you wish you had back in college. He teaches courses on the financial markets at Tulane University's A.B. Freeman School of Business and has twice been named the school's top professor.

He is the business professor you wish you had back in college. He teaches at Tulane University and has received numerous awards. In a competition, Peter’s teaching delivery skills placed him atop of entries from more than 400 universities representing 43 countries. He has been featured in/on The Wall Street Journal, BARRON’s, The New York Times, Bloomberg, CNBC and The Nightly Business Report.

Peter has addressed about 1200 organizations in 47 states and several countries. This includes a wide range of audiences including; nuns, corporate executives, financial planners, RV dealers, insurance associations, tin can manufacturers, waterpark owners and NFL players. He is often booked for repeat engagements and his speeches focus on what’s ahead for the economy and what the financial markets are telling us about the outlook for your particular industry or profession. Peter began his career at the investment firm of Kidder Peabody & Co in Boston and later managed more than $3 billion as the Chief Investment Officer for the State of Louisiana. He is the host of a popular weekly business show on NPR in New Orleans.

Peter is a husband, father, author, media personality (and a darn good public speaker) who has attended games in all 30 current major league ballparks.

What The Financial Markets Are Telling Us Now??
The economy is inherently cyclical. While these cycles don’t necessarily repeat themselves, they usually rhyme. “The financial markets often foretell what’s ahead for the economy. This can illuminate opportunities and serve as valuable storm warnings for business leaders. A lot of this runs counter to what people are commonly hearing in the media.

Outline of topics covered:
• Politics and Your Investments
• Outlook for the Deficit and Interest Rates
• Outlook for Energy Prices
• Market Valuation Techniques
• Pros and Cons of International Investing

Uncertainty Brings Opportunity
The decisions made by business leaders and investors during tough times determine their relative condition when things improve. Decision makers need the proper tools to correctly balance survival and opportunism. Making the right calls involves blocking out the noise and remembering that if a majority of the people were right, … a majority of the people would be rich.

The Four Most Dangerous Words In Finance -
“THIS TIME IT’S DIFFERENT!”
Trees don’t really grow to the sky and downturns eventually find some kind of equilibrium point. In times of great optimism and great pessimism we tend to lose sight of historical economic patterns and valuations. Unfortunately, for many each time is the first time. The buzzing background of the 24 hour news cycle only serves to make this worse. We will look at indicators that deliver perspective.

Do These Earnings Make My PE Look Big???
How high is too high? The truth is that no investment is either good or bad. It is all a function of the price that you are buying or selling it at. This kind of thinking is often ignored in a market frenzy. It’s often tough to trust your instincts, focus on the historic patterns and not get swept up by all those talking heads. As economist John Kenneth Galbraith once said “there are two kinds of forecasters, those that don’t know, and those that don’t know that they don’t know.”

Why do our clients rebook our Economist Speaker Peter Ricchiuti year after year? One client has had him 5 years in a row!!! Probably because without a doubt, he is the most entertaining, engaging, charismatic, funny and insightful Economist alive. This guy is “Human Tabasco!” Peter’s presentation is the hit of every meeting we have booked him for.
SPEAKER BUREAUS

I loved it. He’s half Warren Buffett and half Robin Williams. A Capitalist and Realistic Optimist, just what we needed at this time.
CONFERENCE ATTENDEE

I’d like to personally thank you for your valuable contribution to our Symposium. Your comments and the exceedingly upbeat and humorous manner in which you delivered them did wonders to assuage the very real fear of some of the members that “Economic Armageddon” was just around the corner. Not often do I come across someone like you who can be remarkably entertaining while delivering a terribly important message about the economy. You clearly have an incredible ability to command the eager attention of an audience, which is no small accomplishment.
CONFERENCE PLANNER

Peter is a pleasure to work with and smarter than a tree full of owls!
MEETING PLANNER
​​
I need to change that old adage. You should never follow kids, animals or PETER RICCHIUTI.
CONFERENCE SPEAKER