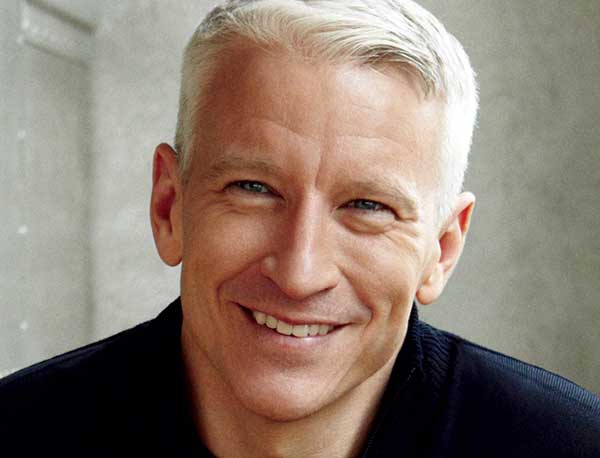 Anderson Cooper anchors Anderson Cooper 360°, a newscast committed to going beyond the headlines to tell in-depth stories from multiple points of view, airing weeknights at 8 p.m. and 10 p.m. ET on CNN. Cooper covers major news events around the world, often reporting from the scene.

Most recently, he covered the presidential inauguration, the Newtown, CT school shooting, the Republican and Democratic National Conventions, the uprisings in the Middle East, and the aftermaths of earthquakes in Japan and Haiti. During 2007 and 2008, he traveled around the world for Planet in Peril, a documentary about issues threatening the planet, its inhabitants and its natural resources.

Before joining CNN, Cooper was an ABC News correspondent, anchoring ABC's World News Now, and reporting for World News Tonight, 20/20 and 20/20 Downtown. He was also the host of the network's reality program, The Mole. Previously, he was a New York-based correspondent for ABC News, reporting primarily for World News Saturday/Sunday.

Previously, Cooper was chief international correspondent for Channel One News, where he reported on and produced stories from Bosnia, Iran, Israel, Russia, Rwanda, Somalia, South Africa and Vietnam. His national stories were broadcast over the Channel One News school television network and seen in more than 12,000 classrooms nationwide.

Cooper and Anderson Cooper 360° have won major journalism awards, including multiple Emmy Awards, Peabody Awards, DuPont Awards, GLAAD Awards, and National Headliners Awards. Before joining CNN, Cooper earned an Emmy Award for his contribution to ABC's coverage of Princess Diana's funeral, a Silver Plaque from the Chicago International Film Festival for his report from Sarajevo on the Bosnian civil war, a Bronze Telly for his coverage of famine in Somalia, a Bronze Award from the National Educational Film and Video Festival for a report on political Islam, and a GLAAD Media Award for Outstanding TV Journalism for his 20/20 Downtown report on high school athlete Corey Johnson.

Cooper graduated from Yale University in 1989 with a Bachelor of Arts degree in political science. He also studied Vietnamese at the University of Hanoi. Cooper is based in New York City.

Speech Topics: Celebrity   Current Events   Media and Journalism
Our goal is to provide speakers that encourage, entertain, and educate, YOUR audience! Work with Preferred Speakers to book the perfect speakers and entertainers for YOUR event!
Get In Touch
© Copyright - Preferred Speakers - 2022
Back To Top