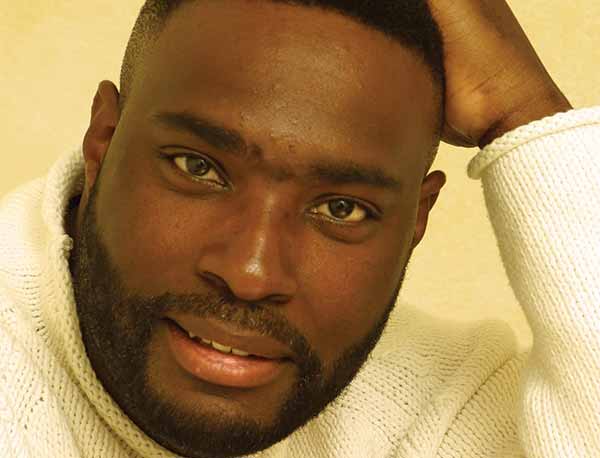 Author, Screenwriter, Film Director
Today we know Antwone Fisher as an award-winning screenwriter and literary writer. However, his life did not begin with such promise.

Born Antwone Quenton Fisher in an Ohio prison to a teenage mother, Fisher became a ward of the state and was placed in foster care. He spent two years in a loving foster home, but when Social Services deemed the foster mother to have become too attached to him, he was placed in another home where he would suffer 12 years of abuse. Fisher survived the cruelties of foster care and the brutalities of homelessness and set on a course of healing after joining the United State Navy where he served his country for 11 years.

Fisher is now an award-winning screenwriter, author, producer, and director, having worked in Hollywood for 17 years compiling an impressive 14 writing projects or assignments with major studios.

Those projects include the feature classic Antwone Fisher (Fox Searchlight), which he wrote himself and which was directed by Oscar-winning actor Denzel Washington; the New York Times bestseller Finding Fish: A Memoir, the inspiring story of his incredible life's journey; Who Will Cry for the Little Boy?, a collection of poetry; and his most recent book, A Boy Should Know How to Tie a Tie and Other Lessons for Succeeding in Life, which won the 2011 NAACP Image Award for Outstanding Literary Work.

In Fisher's moving yet humorous lectures, he shares his conviction of facing life's challenges head-on. He explains the importance of self-reliance, literacy, and building a life of consequence that improves oneself, one's community, and society at large. In unique and poignant presentations, Fisher shares the philosophy he developed over his lifetime with audiences around the country and explains how it brought him to the extraordinary success he enjoys today.

Antwone Fisher
Finding Fish, a memoir and the film, Antwone Fisher, recount the inspiring and gripping story of Antwone's tumultuous youth, his stormy years of self-discovery and his ability come to terms with his past and create a place in the world for himself. Antwone tells his astonishing story and details his path to extraordinary success, sometimes methodical and oftentimes magical, and why he believes he made it. With a youth so challenged it could be mistaken for fiction, Antwone's life after self-discovery proves equally captivating, poignant and inspiring. Complete with Q&; A, he leaves his audience in a simultaneous state of self-evaluation and thought-provoking inspiration.

The Subject Of Mental Health
While as a society we accept that our physical and dental health is something we should take care of on a regular basis, we also have mental health and it is something that requires as much attention as our annual physical examinations. Whether it be because of shame or foolish pride or by simply being unaware, many refuse to accept that they have psychological health that should be examined and maintained. Antwone speaks candidly on this subject and offers the idea that every family should have a family general practitioner, dentist, a family mental heath care provider as well.

How To Tie a Tie: And Other Lessons You Learn For Succeeding In Life
It wasn't until Fisher was a navy recruit that he realized this smartly dressed man had never taken the time to teach him how to be well-groomed to reflect on the outside the man he was becoming on the inside. "A boy ought to know how to tie a tie," he thought angrily, as he struggled to master the navy's required half-Windsor knot. Filled with inspiring stories, wisdom, and practical know-how, Antwone's presentation to young people (both male and female) helps them to develop a sense of purpose and worth, and lay a foundation for success.

Foster Care and Adoption
Antwone Fisher spent his entire childhood in foster care, and at age seventeen, he was emancipated and left to fend for himself as a homeless teen living on the dangerous streets of Cleveland, Ohio. Though a turbulent journey, Antwone eventually found his place in the world. He is uniquely familiar and qualified delivering formal talks on child abuse, child abandonment, teenaged homelessness and the difficult and emotional journey of finding a passage to peace and belonging in the world. Antwone approaches these subjects with uplifting candor.

The Subject of The Arts
Antwone lectures on how painting, drawing and other art forms such as dance, music and writing provide a way of self expression vital to the growth of human character and the betterment of the community. Also, he speaks of the importance of the museum, the symphony, botanical and public zoological parks in our culture and also tells of how the arts served as a magic carpet that took him from his extroverted youth to the public man who is now known as an artist in many respects.

Speech Topics: Adversity   Celebrity   Diversity   Empowerment   Inspiration   Leadership
Our goal is to provide speakers that encourage, entertain, and educate, YOUR audience! Work with Preferred Speakers to book the perfect speakers and entertainers for YOUR event!
Get In Touch
© Copyright - Preferred Speakers - 2022
Back To Top