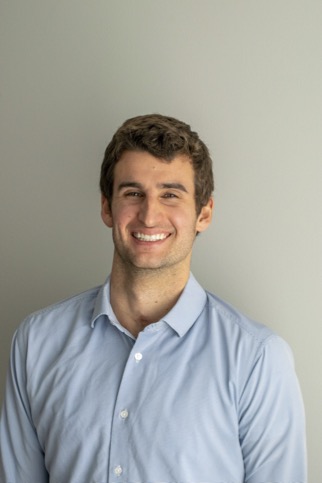 In the first 27 years of his life, Austin Hatch has survived two separate plane crashes, leaving him with the tremendous loss of his immediate family, as well as a severe list of injuries that nearly took his life.  Austin shares his life experiences with others, providing a variety of organizations with a message of overcoming adversity, grit and hope.

As a two-time plane crash survivor and inspirational speaker, Austin Hatch is proof that anyone can get through adversity and use their life-changing experiences to inspire others.

On Labor Day of 2003, Austin and his family were flying home from their vacation home in northern Michigan. As they were preparing to land tragedy struck. The aircraft crashed and burst into flames. Austin’s dad heroically hurled Austin out of the plane, then went back into the flames to get his mother, sister, and brother, but tragically, he was unable to save them. Austin's mother, sister, and brother sadly did not survive the terrible incident.

Austin and his father grieved their loss but also built a strong bond and became each other’s lifeline through the grief, pushing each other to overcome the terrible losses they had suffered, as Austin knew his mom, sister and brother would’ve wanted.

As time went on, Austin’s dad met a lovely woman named Kimberley, who had three kids of her own. The couple married and enjoyed a wonderful blended family. Meanwhile, Austin worked tirelessly on his athletic skills and increased his success on the basketball court. His lifelong dream was to play for Michigan. On June 15, 2011, Austin got a call from Coach Beilein who offered him a full scholarship to play basketball at The University of Michigan. Without hesitation, Austin accepted! It was a dream come true.

Nine days later, on June 24th, 2011, Austin, his father and “second mother,” (he never used the term step-mom), were traveling by plane to their vacation home to enjoy a weekend of celebration. As Austin’s father prepared to land, the aircraft crashed, and unlike Austin, his parents didn’t survive.

Overcoming all obstacles and with the help of many people, Austin has persevered and made a remarkable comeback in life and on the court, where Coach Beilein held a spot for him on the team.

A graduate of The University of Michigan, Austin is now a full time motivational speaker with a message about Grit & Thriving in the midst of adversity.

Austin's message is about Grit and feels our purpose drives Grit. His believes there are four components to GRIT:

Austin and his wife live in Ann Arbor, Michigan where Abigail works for the Michigan Athletic Department.

Overcome Any Form of Adversity with the G.R.I.T. Framework...The Secret
Why is it that some people and groups are able to overcome adversity while others are not? When you look at all individuals and organizations that have been able to persevere in the face of great turmoil, tragedy, and tribulation, there is one thing they all have in common…Grit.

The History of Grit
Many experts have written about the crucial role grit plays in organizational and individual success. In fact, it’s often cited as the primary ingredient needed for personal achievement. University of Pennsylvania Professor and New York Times Bestselling Author Angela Duckworth says, “Grit is passion and perseverance for very long-term goals. Grit is sticking with your future, day in and day out, not just for the week or month—but for years, and working really hard to make that future a reality.” In addition to our long-term goals, grit applies to everything we do every single day.

Not until recently has the concept of grit been transformed into an actionable framework you and your team can use in your daily lives and your work together to overcome any obstacle. The G.R.I.T. framework provides actionable steps that, when implemented on the individual level, establish the foundation for profound team-based accomplishments.

Earlier today over 100 of our firm's associates participated in our Quarterly Business Update. Several hours later, I am still pondering the profound message from our guest speaker Austin Hatch. If you are not familiar with Austin's story, I would suggest that you grab a box of tissues, go to YouTube and type in Austin's name to find the 16 minute clip that ESPN did on his life's story of overcoming significant personal tragedy. But, his story is not finished - his powerful message of G.R.I.T. and overcoming obstacles is extremely inspirational and made a huge impact in our firm today. Thank you Austin! I am so grateful to have gotten to know you.
Jeffrey R. Martinath, Managing Director at Prudential Chicago

THANK YOU….you message was extremely well received. The team was truly inspired by you. I hope we can work again together. You were truly awesome. Your attitude was incredible and really resonated with people.

If I can ever do anything for you, please do not hesitate to ask. Thanks again Austin. You were awesome!!
John Kennedy, President of Lincoln Financial

Thanks so much for sharing your story and your message. You are the epitome of G.R.I.T. and many of our guests, and I, found you to be an inspiration.

I will pass your contact information to my peers along with my very enthusiastic recommendation. Please let us know how we can be of service to you anytime. Thanks so much for your participation in our meeting. You were indeed the highlight of our gathering!
Charles Reiling, CEO of Coastal One Financial

Having heard and seen Austin’s story we were looking for a speaker that could come talk to our sales and support teams about overcoming adversity.  After a tough year in 2019, we wanted them to have optimism that they could win and believe in themselves.  Austin was the PERFECT speaker for our team.  His message of GRIT and overcoming adversity was so personal and authentic that everyone believed that they too could overcome adversity.  Who knew that it would set us up for dealing with the COVID-19 fallout in the marketplace.  To this day, our teams reference Austin’s story and the GRIT behind it.  Austin is such a passionate and motivating speaker.  We were honored to have him come talk to us and help the Mspark team!
Steve Mitzel, CEO of Mspark

Austin Hatch blew us away with his powerful speech about his life experiences and his ability to persevere and overcome adversity. His message hit home with our coaches and student athletes. I recruited Austin in high school and his story of perseverance and determination is very inspiring. His outlook is motivating to many people and should be a defining message in how we should live our lives every day.
Matt Painter, Head Coach of Purdue Men’s Basketball

It was such a pleasure and privilege to have you here to tell your story of GRIT. You nailed it and set the tone for the meeting.
Tim Ash, President and CEO of Ash Brokerage

For such a young man, Austin has experienced incredible challenges.  His captivating humility and inspiring messages continue to resonate with our associates years after we met him.
Chuck Fallon, Chairman and CEO of First Service Residential

Austin hosted a virtual session for Center of Marketing Excellence team members focused on Digital, Communications and Media. With the team dispersed across the country, sheltering in their homes and dealing with the adversity that has been brought on by the COVID pandemic, it was the perfect time for Austin’s message. Austin’s message around approaching adversity with GRIT reinforced the key focus areas that will ensure we don’t lose the successful momentum we had going into the pandemic. Having a growth mindset, being resilient and operating with integrity and as one team is what will keep our positive momentum going, and Austin did a great job of reinforcing the importance of all of these focus areas. He did a great job relating his life experiences to our industry and current business situation and we were fortunate to have him speak to the team.
Stephen Kennedy, Vice President of Marketing at Nestlé