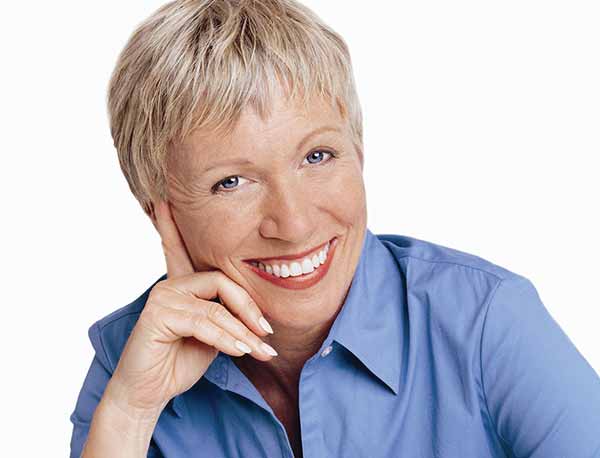 Real Estate Mogul, Business Expert
Barbara Corcoran’s credentials include straight D’s in high school and college and twenty jobs by the time she turned twenty-three. It was her next job that would make her one of the most successful entrepreneurs in the country when she took a $1000 loan to start The Corcoran Group.

As one of the “Sharks” on ABC’s hit TV show, SHARK TANK, Barbara has ponied up her own money and invested in twenty-two businesses, competing to make those deals for all to see, then shepherding them to success.

Her newest book, SHARK TALES, takes you behind the scenes of her life and business and her ‘seen on TV’ venture capitalism. Barbara is famously brash and blunt, bold and courageous, and a brilliant identifier of opportunity and talent (often invisible to others).

Barbara’s rags-to-riches story
After failing at 22 jobs, Barbara Corcoran borrowed $1,000 from a boyfriend, quit her job as a diner waitress, and started a tiny real estate office in New York City. Using the unconventional lessons she learned from her homemaker mom, she gradually built a $6 billion dollar business, The Corcoran Group. Now Barbara is even more famous for the no-nonsense wisdom she offers to entrepreneurs on Shark Tank, ABC’s hit reality TV show. Highly motivational and sensationally entertaining, Barbara Corcoran’s recipes for success are chock-full of real life lessons. Not to be missed!

Ten ways to lead your team to greatness
Barbara Corcoran built the largest residential company in New York City, The Corcoran Group, and she did it with great people by her side. Barbara shares her best strategies for getting teams motivated and moving forward, for hiring the right people and firing the wrong ones, for creating an atmosphere of fun that breeds constant innovation, and for forging ahead, even when the chips are down. Barbara’s unique and practical lessons will help salespeople, managers, and business owners take their businesses to the next level.

What are the Sharks really like?
Take a five-minute speed ride behind the scenes of the ABC hit reality show, Shark Tank. Do all the Sharks get along? What happens when the cameras are gone? What is Kevin really like? Is billionaire Mark Cuban a nice guy? Are we actually investing our own money? Is the show scripted? Do they get information on the businesses before the trembling entrepreneurs step on the set? How long is an actual pitch? Through dozens of photos, Barbara takes you on set at Sony Studios for all the shenanigans, bloopers, and private information that the other Sharks don’t want you to know. Barbara’s sensational stories will have you in stitches—and clamoring for more!

How to pitch your product & build your brand
People DO judge a book by its cover. In today’s world, a recognizable brand determines half of your success. Barbara Corcoran, founder of the best-known brand in New York City real estate, shares her diehard advice on how to create a big image, use the press, and turn yourself into THE ‘go-to’ expert in your field. As a shark/investor on ABC’s hit reality show, Shark Tank, Barbara Corcoran has heard it all—and knows exactly what it takes to get her to open her wallet. Barbara can teach anyone to craft a perfect pitch and how to avoid the most common tripwires. Here’s the inside scoop straight from the shark’s mouth!

Speech Topics: Entrepreneurs   Innovation and Creativity   Leadership   Marketing and Branding   Motivation and Inspiration   Sales   Teamwork   Women Today
Our goal is to provide speakers that encourage, entertain, and educate, YOUR audience! Work with Preferred Speakers to book the perfect speakers and entertainers for YOUR event!
Get In Touch
© Copyright - Preferred Speakers - 2022
Back To Top