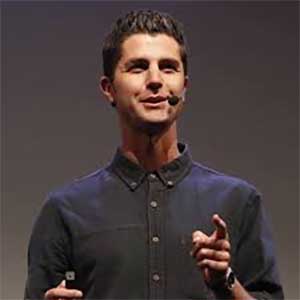 Ben Nemtin is the #1 New York Times bestselling author of What Do You Want To Do Before You Die? and the star of the MTV show The Buried Life. As the co-founder of The Buried Life movement, Ben’s message of radical possibility has been featured by major media outlets including The Today Show, The Oprah Winfrey Show, CNN, Inc., ABC, CBS, Fox and NBC News.

Ben Nemtin is the #1 New York Times bestselling author of What Do You Want To Do Before You Die? and the star of the MTV show The Buried Life. As the co-founder of The Buried Life movement, Ben’s message of radical possibility has been featured by major media outlets including The Today Show, The Oprah Winfrey Show, CNN, Inc., ABC, CBS, Fox and NBC News. Oprah called Ben’s life work “truly inspiring.” An acclaimed keynote speaker, Nemtin has presented his '5 Steps to Make the Impossible Possible' to business conferences and corporate leadership teams around the world, garnering standing ovations from Amazon, Microsoft, Nationwide, Viacom, Verizon, Levi's, Harvard, and more.

In a pit of depression, Ben and his three best friends decided to create the world’s greatest bucket list to make them feel alive. They bought a rickety old bus and criss-crossed North America, achieving the unthinkable. And most importantly, every time they accomplished a dream, they helped a complete stranger cross something off their bucket list. From playing basketball with President Obama to streaking a professional soccer field, from raising over $400,000 for charity to placing a record-breaking $250,000 bet on roulette—Ben’s bucket list quest has inspired millions to chase their dreams and realize that impossible is possible.

Speech Titles and Descriptions:
RESILIENCE IN THE FACE OF UNCERTAINTY
The world is changing faster than we ever imagined, leaders and teams have to dig deep within themselves to break through and find opportunity in uncertain times. Before becoming a #1 NYT best selling author, playing basketball at the White House, having beers with Prince Harry, or living out his other dreams, Ben suffered from crippling depression.After committing to a series of positive life changes, Ben had a shift in perspective that changed his outlook on life and opened himself up to endless possibility. From there he committed to following his buried dreams and helping others through acts of service. The rest is history and Ben’s life changing message has opened up audiences around the world to cultures of service, gratitude and endless potential.Takeaways:
• Recognize that all aspects of your life impact your work performance.
• 8 practices that increase wellbeing during times of stress, anxiety and burnout (Resilience Toolkit).
• Proof that small acts of service can create a large scale impact in your organization and community.
• Transform your perspective to optimize performance.
COMMUNITY OF SERVICE

“It is the power of giving, compassion and hope that will get us through hard times.” Ben has experienced this first hand. He has helped hundreds of people accomplish their dreams over the past 15 years and this feeling of connectedness and purpose has fueled him through feelings of uncertainty.

Ben shares touching stories of helping others to not only inspire but also offer insight that can improve our daily life and our work environment. A culture of service can unlock potential and align team members in the workplace and in their communities. And contrary to popular belief, helping others doesn’t always have to be a selfless act. Giving can actually help us in more ways than we think.

• Five reasons why helping others actually helps yourself.
• We can’t take care of others, unless we care for ourselves.
• Harness the power of the Ripple Effect by making kindness contagious.
• Transform your understanding of what is possible.
5 STEPS TO MAKE THE IMPOSSIBLE POSSIBLE
Ben has driven countless people to achieve their dreams, as both a helping hand and as an inspiration. These experiences have taught him that articulating and prioritizing your personal goals is not a selfish act—but one that creates a positive ripple effect that inspires others to live their best life. Ben weaves the remarkable story of how The Buried Life grew from 100 impossible dreams into a global movement and connects his lessons to the fabric of our daily lives.Ben’s message of radical possibility combined with his ‘5 Steps to Make the Impossible Possible’ leaves audiences not only inspired but also equipped with tools to tackle the seemingly insurmountable. Ben’s system of achieving impossible goals demystifies daunting tasks by turning ‘pipe dreams’ into ‘projects’ and creates inspiration through action and accountability. Ben reminds us of the lasting power of service and that it’s never too late leave your impact on the world.
Takeaways:
• How to accomplish seemingly impossible goals (5 Steps to Make the Impossible Possible).
• Identify the #1 thing that holds you back from accomplishing your goals.
• Harness the power of moonshots
• Adopt a mindset of endless possibility
NEW LEADERSHIP: WHY YOU MATTER
Throughout life, you have been setting goals for your career, college, relationships and finances. When was the last time you did something just for you? Psychologists say that focusing on personal goals helps promote positive mental health by giving you a vehicle for self care while keeping you energized and avoiding burnout. Simply put: you can’t take care of other people if you don’t take care of yourself.Prioritizing your personal goals isn’t just for your benefit, however, it’s for benefit of your organization. Companies with a people-first culture see measurable improvements in productivity, lower absenteeism, higher customer satisfaction and improved recruitment. By putting yourself first, you put yourself in a position to serve others. Ben facilitates exercises that drive us towards our goals by implementing tiers of accountability and he inspires action through masterful storytelling and tangible take away.
Takeaways:
• Understand that your organization deeply cares about you, personally and professionally.
• Learn how to implement tiers of accountability around personal goals.
• Identify the most important dreams in you life and take actionable steps toward them.
• Leverage your purpose to propel your performance.
DREAM WALL-PRE-KEYNOTE ACTIVITY

A “Dream Wall” (or “Before I Die Wall”) is a popular pre-keynote activation. The walls come in many forms, shapes and sizes but they all serve the same purpose: to get people thinking about their list leading up to Ben’s presentation. A “Dream Wall” is a place for attendees to write, stick, clip or post their bucket list item on a wall for everyone to see. This dynamic visual doesn’t just get people talking, it’s also a fantastic way to learn about the folks around you. It’s common for organizations to secretly choose a few bucket list items to check off and announce this after Ben’s presentation.

Ben authored a #1 New York Times Bestselling book, starred in an MTV show, met President Obama at the White House, was interviewed by Oprah, had beers with Prince Harry and has been living his dreams for the past decade.

He also struggles with depression. This may come as a surprise, and that’s exactly why Ben wants to talk about it. In university, Ben was hit with a crippling depression that forced him to drop out of school and retreat into his parents house. In an effort to climb out of his darkness, Ben decided to surround himself with friends who inspired him and committed to finally following his buried dreams. These commitments led him to Jonnie, Dave and Duncan and The Buried Life was born.

Ben is a mental health advocate who believes that all humans have ups and they have downs. He believes the stigma around mental illness can be broken through open, honest conversations. However, the onus is not on the 1 in 5 who struggle with mental health to break the stigma, the responsibility falls on all of us. By showing how his vulnerabilities have become his strengths, Ben gives others the courage to talk about their internal battles. Ben shares the tools that help him cope with the stresses of life and emphasizes that it is ok to reach out for help. His astounding story and authentic levity gives audiences hope and normalizes behavioral health in a vibrant way.

LIST WRITING WORKSHOP
Ben’s 30-minute list writing workshop puts the '5 Steps to Making the Impossible Possible' into action. Inspiration doesn’t come to us, we must create inspiration by taking steps toward our goals and this workshop does exactly that. The breakout session includes writing your list, identifying the most important item on your list, dream sharing with an accountability partner and helping one another reach our goals in intimate group settings. These steps are designed to build accountability around personal goals, to generate inspiration by stimulating small actionable steps and to illustrate that help might just be sitting right next to you. This breakout session can be added to any keynote.
Speech Topics: Celebrity   Entertainment   Inspiration   Life Balance   Motivation and Inspiration   Overcoming Adversity   Personal Growth   Problem Solving   Virtual Presenter
Our goal is to provide speakers that encourage, entertain, and educate, YOUR audience! Work with Preferred Speakers to book the perfect speakers and entertainers for YOUR event!
Get In Touch
© Copyright - Preferred Speakers - 2022 | Terms and Conditions
Back To Top