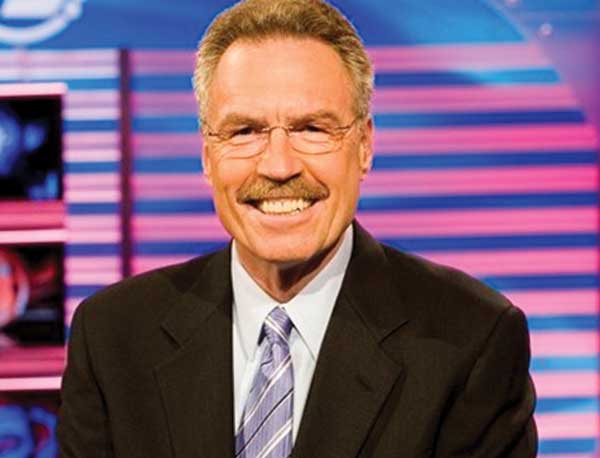 Two-time Stanley Cup Champion, National TV and Radio Personality
Bill Clement is a critically acclaimed speaker, actor, entrepreneur and broadcaster. He has experienced being the best and being a champion, but also knows what it means to have to start building success all over again after complete financial and emotional defeat.

Bill has broadcast five different Olympic Games and has worked for ESPN, NBC, ABC, Versus, Comcast SportsNet and TNT in the U.S., and CTV, CBC, Rogers Sportsnet and Sirius-XM Radio in Canada.

As an 11 year NHL center, he played in two All-Star games, Captained an NHL team and won two Stanley Cup Championships with the Philadelphia Flyers, aka the Broad Street Bullies. Bill also played for the Washington Capitals and the Flames, both in Atlanta and Calgary.

His acting credits include work on the ABC daytime drama All My Children and more than 300 television ads for clients such as Chevrolet, Bud Light and Deepwoods Off. He is also one of the voices on EA Sports NHL Video Games.

As a speaker few can match the impact Bill has on his audiences around the world. "My goal is to make planners look terrific by giving them more than they pay for. I customize my presentations to fit each client's meeting theme by personally conferencing as often as necessary and nailing down the challenges and objectives of the attendees. Clients like my presentations because they are 'content driven' and my keynotes are engaging and entertaining. More importantly, attendees will head back to their offices armed with the knowledge they need to improve their professional and personal lives."

Every Day Leadership - How to Manage the Outcome, Regardless of your Job Title
If we can influence others, we can manage outcomes in both our business and personal lives. Too often, people associate their values to their organizations with their job titles. They see themselves as role players, without exercising the powers of EveryDay Leadership they possess. Similarly, managers and executives often lose sight of their immediate surroundings - their teammates - focusing intently on a bigger picture.

Bill Clement's presentation will leave you laughing, inspired and motivated to unlock this powerful ability to manage outcomes. As he takes you onto the ice and into the dressing rooms that were home to him for 11 years in the NHL, you will meet the EveryDay Leaders that most influenced his teams' championships and the characters that most contributed to team failures.

You will meet people such as "Freddie The Fog", "The Hammer" and "Too Bad". You will be introduced to Bill's pick as the best leader ever and hear about Bill's disastrous attempt to manage an outcome by personally negotiating his NHL contract at the age of 20. Each year his various careers have generated learning experiences and introduced him to circumstances and people that today, he brings to life for his audiences as he entertains, educates and inspires.

In a business climate where we often have to do more with less, our personal performance as an EveryDay Leader is crucial not only to our organization's victories, but also our individual successes.

Prepare for a presentation you will remember for years to come.

Every Day Sales - How to Develop a Champion's Mentality in Sales
Professional sales people and professional athletes face many of the same challenges and both require similar qualities to excel. Courage and confidence are a must. Managing and confronting fear is essential. Stepping out on the tightrope every day and putting ourselves in position to either succeed or fail, are constants. Dealing with and pulling out of slumps are common hills to climb and capitalizing on momentum is always important. Most of all - we must have the poise to perform under pressure and get results, thus managing the outcome.

Just as sales people experience highs and lows, Bill Clement has faced it all in sports and in business. After achieving a lifelong goal by winning a Stanley Cup in Philadelphia, he knew the competition would be gunning for them the following year. He discovered the inner resolve chions possess as the Broad Street Bullies won a second Cup. Eight days later he was traded to and became captain of, the worst team in hockey, the Washington Capitals. He questioned his own resolve to continue playing when the Caps went 21 consecutive games without a victory.

Bill has won awards in multiple professions and also experienced financial ruin resulting in personal and corporate bankruptcy. He will take you into the valleys, identifying the personal strengths sales people can mine to keep them climbing and "daring to fail". He will confide his fear when he realized that because of an injury he suffered, he might not be on the ice for the Flyers' first Stanley Cup victory. You will learn of the help he received from a teammate that got him there. It is the same kind of help that members of sales teams can provide to reach their group goals.

Preparation is essential in sales and in sports. Only then, will we have the focus to execute when opportunity presents itself. Bill will walk you through the second-by-second mindset he had on a breakaway - a breakaway he had mentally prepared for - that resulted in a Stanley Cup-clinching goal. He will also describe the key to managing change which he learned not only during his move from the Flyers to the Capitals, but also when his Atlanta Flames moved from Atlanta, Georgia to Calgary, Alberta.

This keynote will educate and inspire sales teams to attack their sales goals and to achieve the desired results.

Speech Topics: Leadership   Motivation and Inspiration   Sales   Sports
Our goal is to provide speakers that encourage, entertain, and educate, YOUR audience! Work with Preferred Speakers to book the perfect speakers and entertainers for YOUR event!
Get In Touch
© Copyright - Preferred Speakers - 2022
Back To Top