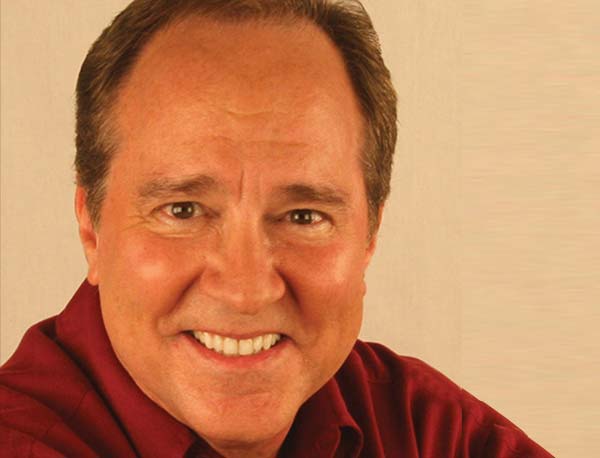 Creating Desired Results: The Structure of Personal and Organizational Mastery
Bodine Balasco has established himself as one of the countrys most knowledgeable business speakers, known for his combination of valuable content, interactive style, uplifting energy, and humorous storytelling.

Shortly after graduating, Bodine became fascinated with the art of sleight-of-hand magic. Six months later he was making his entire living as a sleight-of-hand magician, and he spent the next decade becoming one of the most successful sleight-of-hand entertainers in America, winning awards from his peers in the process. Even back then, his friends remarked about his ability to create extraordinary results in his work and in his life.

But it wasn’t until he was invited to create and deliver his first keynote speech at a business conference, 20 years ago, that he “came back to his formal training” in communications and psychology, and found his true calling in life. He received a standing ovation after that first business speech, and he’s been at it ever since.

Bodine’s path is that of a researcher and passionate communicator, who loves sharing wisdom and strategies that can make a difference for people and work teams. And he’s always updating his awareness. At the Expo for the California Association of Realtors, Bodine was invited to deliver the luncheon keynote speech on using technology to create business success in challenging times. Betty Thomas, the Expo manager, says she chose Bodine to be their luncheon speaker because “he’s so entertaining and he shares strategies that are productive and current.”

His academic training, multifaceted background, and years of research have given him an extraordinary knowledge of human behavior and strategies for success. Bodine has achieved national-class success for himself as an athlete, as a magician, as a speaker, and a workshop trainer. His client list reads like a page from the Fortune 100 — AT&T, Mitsubishi, 3M, Warner Bros. Television, Verizon, Boeing, and Fedex to name a few.

He delivers his information, insights, and strategies with an energy that makes his messages unforgettable, and truly makes learning exciting, productive, and fun.

Schedule a phone conversation with Bodine, and you’ll quickly realize he’s a speaker who can make a difference at your meeting; and also make a difference with your group that will last long after the meeting is over.

Capturing The Heart Of Your Customer
Business growth is achieved through loyal customers. It’s about creating customer value and strengthening the customer relationship with each and every customer contact. Bodine will help your team realize this is not inspirational, it’s operational. Your business success depends on the two primary benefits obtained from creating loyal customers… customer RETENTION and business REFERRALS.

Meeting the Leadership Challenge
Is there anything more important than having truly engaged employees? Examining the most authentic “Top-10 List of What Employees Want from Work,” from a study by the Public Agenda Foundation, Bodine will present strategies and insights that will help you develop truly engaged work teams.

Change Will Do You Good
Using Change to Your Advantage: Developing Mental & Behavioral Adaptability. A 4-part Mindset for developing advanced creativity & flexibility.

Self-Development For Sales Success
Shaping Your Mind and Your Behavior for New Results. How to break through to the next level of your success.

Vision Creates Clarity
For people, companies, and work teams the issue is always about creating desired results. In today’s economy, it might be accurate to say the issue is about creating desired results with limited available resources. In other words, when we have less resources than ever, where does the leverage come from for creating results we care about?

In this presentation, Bodine shares what might be considered the best method available for generating innovative thinking, strategic action, and sustainable energy for execution and follow-through. Learn from 21st Century research how to enhance your ability to create the results you want.

Speech Topics: Change   Customer Service   Leadership   Sales
Our goal is to provide speakers that encourage, entertain, and educate, YOUR audience! Work with Preferred Speakers to book the perfect speakers and entertainers for YOUR event!
Get In Touch
© Copyright - Preferred Speakers - 2022
Back To Top