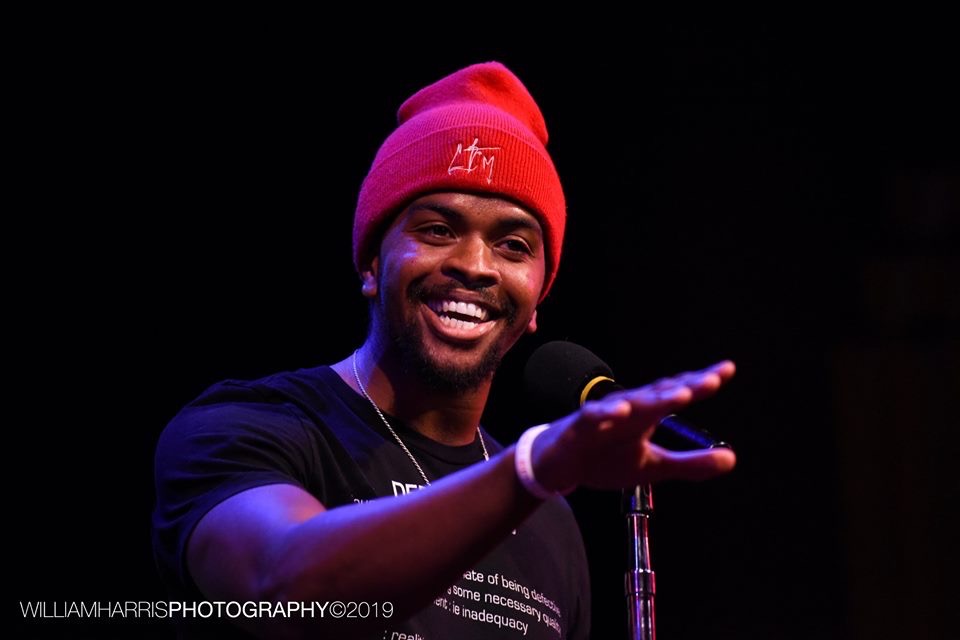 Brandon Leake, winner of America’s Got Talent Season 15, is an artistic visionary whose roots lie in Stockton, California. Brandon started Called To Move – CTM at Simpson University with a small group of artists trying to share their gifts and encourage others to do so, which has grown into a national initiative that has inspired audiences through poetry all across the country.

In 2016, Brandon Leake released a debut album entitled, “In My Thoughts”, and since has traveled from LA to New York and everywhere in between performing his pieces, leading spoken word poetry workshops, and keynote speaking. He's performed at conferences, universities, and theaters nationwide - leaving audiences speechless by his beautiful words.

KEYNOTE SPEAKING
Brandon Leake has a wealth of experience in public speaking and community activism/planning. With this in mind Brandon provides a beautiful and powerful blend of speaking and art into his Keynote Presentations.

POETRY WORKSHOP
Brandon Leake has designed a set of curricula to engage participants in an interactive journey with poetry. Brandon’s curricula has been implemented in multiple states, most notably for its use in several schools in Maryland (implemented by The Poet Life) and California (implemented by Called To Move – CTM).

Speech Topics: Celebrity   Celebrity Entertainment   Motivation and Inspiration   Virtual Presenter
Our goal is to provide speakers that encourage, entertain, and educate, YOUR audience! Work with Preferred Speakers to book the perfect speakers and entertainers for YOUR event!
Get In Touch
© Copyright - Preferred Speakers - 2023 | Terms and Conditions
Back To Top