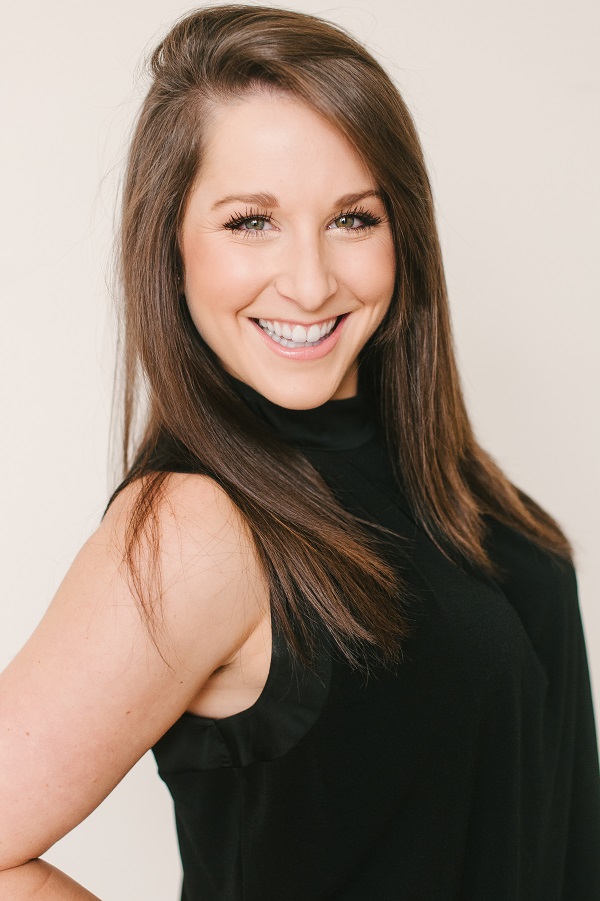 Carly Patterson captured the heart of the nation when she won the All-Around Gold Medal in Women’s Gymnastics at the 2004 Olympics. She was the first American woman to win the title in 20 years, also taking home silver medals for balance beam, and the Women’s team competition. She was also the first woman ever to win the All-Around Gold Medal in Women’s Gymnastics in a non-boycotted Olympics.

Shortly after her return to the USA, Carly discovered she had several bulging discs in her back and made the difficult decision to retire from the sport. In the years that followed, she pursued a career in music, went to college, and got married, all while grappling with the question: what do you do when your greatest accomplishment is behind you?

Her achievements as a gymnast and the opportunities she pursued after retiring have given Carly a unique perspective on embracing true success and find lasting fulfillment.

Carly has inspired thousands of people by sharing her story of dedication and hard work. In her keynote address, Carly shares how she redefined success through three principles she learned as a championship-level gymnast and in the years that followed. Carly’s authentic, humorous, and down-to-earth communication style is the perfect vehicle for a message that students, athletes, and professionals need to hear in order to embrace true success and find lasting fulfillment.Audiences will learn…

Carly was incredible! I know the audience was eager to see her speak and she did not disappoint. She was so lovely to work with and just radiates positive energy. I was blown away by her presentation and I heard from numerous attendees that she was their favorite speaker of the day (out of over 30 speakers!).”
~Madeline K., Ellevate Network

Once she took the stage she was able to quickly capture the attention of everyone in the room. Her speech was inspiring and her video footage was able to visibly demonstrate her pursuit of Excellence during the Olympics. I would recommend Carly for any appearance as her story is relevant to everyone.
~Destini McKnight, NBC Universal

Carly has quickly become a student favorite keynote for our Character U program at DeSales University. It’s not every day that a student can meet a gold medal Olympian and wear her medals! She has a powerful message that the students value and appreciate.
~Chad Serfass, Director for the DeSales Experience in Character Leadership

She was truly phenomenal! So relatable, caring and warm! She spoke a powerful message that left a lasting impact on students for years to come. This is a word that will not be soon forgotten. If you have the opportunity to have Carly speak…do not let it pass you by. Her message captivates the hearts of her audience and her passion moves those in the room.
~Pastor Jeremy Baker, Elevate Life Church