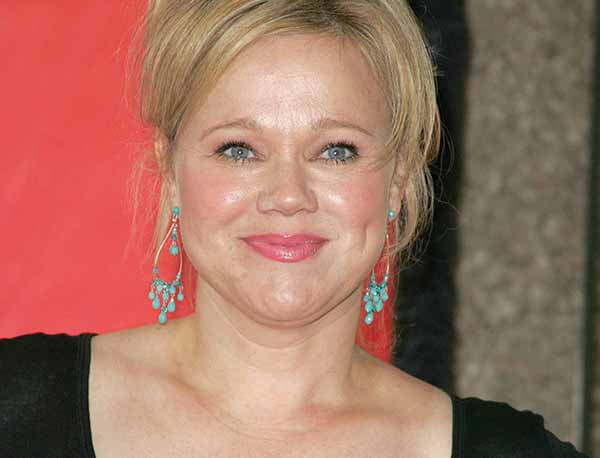 Caroline Rhea is a stand-up comedian and actress with a smart and spontaneous approach. This Montreal native is no stranger to television and films.

Most recently, she hosted the NBC reality show “The Biggest Loser.” She hosted “The Caroline Rhea Show” after filling in as a guest host twelve times with Rosie O’Donnell.

Caroline has been a regular on “Hollywood Squares” and starred as Aunt Hilda on The WB’s “Sabrina the Teenage Witch.” Her innate curiosity and formidable comedic talents give her a natural ability to interview celebrities and real people alike. She continues to perform to sold-out audiences in top comedy clubs where she has honed these invaluable hosting skills for the last 11 years.

In 1989, Caroline ventured to New York to study the fine art of stand-up comedy. She participated in the stand-up program at the New School of Social Research, but her ultimate training came at the comedy club, Catch a Rising Star. With nightly gigs at New York’s venerable clubs, Caroline’s status quickly grew and she became an integral part of the city’s competitive comedy scene. Her career was further boosted by numerous appearances on “MTV’s Half-Hour Comedy Hour,” “Comic Strip Live” and “Caroline’s Comedy Hours.” With Hollywood knocking on her door, Caroline headed for Los Angeles, where she starred with Jeremy Piven in the NBC television series, “Pride and Joy.”

Her feature credits included working with Jim Carrey in a supporting role in “Man on the Moon,” the story of the late comedian Andy Kaurman, and the wrestling film, “Ready to Rumble,” opposite Oliver Platt, David Arquette and Scott Caan. On the small screen, Caroline has guest-starred as Drew’s girlfriend on “The Drew Cary Show” and starred in the television movie, “Mom’s Got a Date with a Vampire.” She appears regularly on “Late Night with Conan O’Brien” and has also made appearances on “Late Show with David Letterman,” “The Tonight Show with Jay Leno,” Comedy Central’s “Pulp Comic,” HBO’s “Curb Your Enthusiasm,” written by Larry David, the Ms. Foundation’s “Women of Comedy from Caroline’s” and “Comic Relief 8.” She has also hosted her own VH1 series, “Fool for Love” and Lifetime’s “The Great Lifetime Makeover,” executive produced by Geena Davis.

“Besides being a truly terrific entertainer, Caroline is unpredictable, witty and very smart,” said Bridget Potter, Executive Producer. “Her humor is always based on honesty. She’s edgy, but never mean-spirited. And she’s incredibly fast on her feet, so our show will always be full of surprises.”

Speech Topics: Celebrity   Comedy and Entertainment
Our goal is to provide speakers that encourage, entertain, and educate, YOUR audience! Work with Preferred Speakers to book the perfect speakers and entertainers for YOUR event!
Get In Touch
© Copyright - Preferred Speakers - 2022
Back To Top