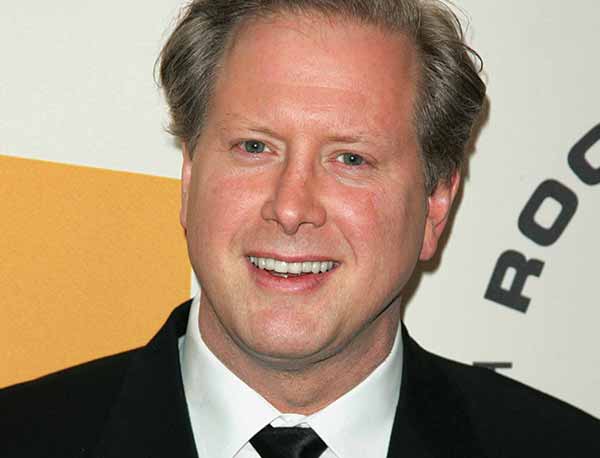 According to The Washington Post television critic Tom Shales, "Hammond could be considered the impressionist laureate of the United States; his incomparable satirical portraits are not only amusing but defining."

He continues to make cameo appearances on SNL, including the ever-popular Sean Connery in the recurring Celebrity Jeopardy! skits and performs live across the country. He can also be seen in several of the hit Funny Or Die episodes. Hammond is a frequent guest on The Howard Stern Show, David Letterman, and Conan, and has guest starred in several TV series, including Law &; Order: Special Victims Unit, Law &; Order: Criminal Intent, and Damages on FX. His stand-up comedy special, Comedy Central Presents: Darrell Hammond, gave the network its biggest ratings to date for a half-hour comedy special, and he's appeared in numerous films, and on Broadway.

In 2011, he added New York Times bestselling author to his credentials, with the release of his memoir, God, If You're Not Up There, I'm F**cked: Tales of Stand-Up, Saturday Night Live and other Mind-Altering Mayhem. Called "riveting, revealing, and refreshing in heart and honesty," this open and brave trek through Hammond's life garnered rave reviews.

It's been described as "Tina Fey's Bossypants meets David Carr's The Night of the Gun," and Publisher's Weekly had this to say: "Hammond's moving memoir contains surprising detours. . . . [His] breezy style and facile storytelling will keep readers entertained even while reading about his struggle with alcoholism. . . . This funny man's serious life can be an inspiration to all."

Tales of Stand-Up, Saturday Night Live, and Other Mind-Altering Mayhem

Listed by TIME Magazine as one of the "100 Best TV Shows of All-Time,"Saturday Night Live boldly revitalized satirical and political humor on television. It continues to be a showcase for cutting-edge music and comedy, and is for many entertainers the dream gig of a lifetime.

It's also one of the hardest jobs in show business.

A gifted comedian and impressionist, Darrell Hammond became the show's longest serving cast member. He holds the SNL record for the most impressions by a single cast member, and has made more SNL appearances than anyone else.

His expert portrayals of such media figures and celebrities as Bill Clinton, Al Gore, Donald Trump, John Travolta and Chris Matthews have been called "genius" and "defining," and he continues to make cameo appearances on SNL- including the ever-popular Sean Connery in the recurring Celebrity Jeopardy! skits. He also appears in many of the notorious Funny Or Die episodes.

Hammond's road to success is an unlikely one for sure. On academic probation during most of his college career, he was singled out for his inability to speak very well. Yet, in his late 20's he was working at a small radio station in Florida (where they did not let him do impressions on the air) and made it known that his dream was to be on SNL (you can imagine how that went over!). In spite of the impossible odds, he focused on his craft, committed to making one small, incremental improvement a week. Considered a late bloomer in the world of professional comedy, he was 39 years old when he was selected to join the cast of SNL. There, he continuously worked on improving his skills and soon became SNL's "go to guy" for performing under pressure.

Off the air, however, he was battling a severe drug and alcohol addiction and other issues stemming from a hellish and abusive childhood. The fact that he even survived long enough to achieve his goal is a testament to his tenacity and focus.

With poignant and hilarious turns, Hammond takes audiences from the set of Saturday Night Live to visits to the White House (with stops along the way in various Harlem crack houses, a Caribbean jail and more than a few psych wards). Hammond's surprising story resonates with anyone who shares a love of comedy, a desire to know how an artist can climb from the deepest despair to the very top of his profession, or simply with anyone wanting to find a way to make a living doing what they love.