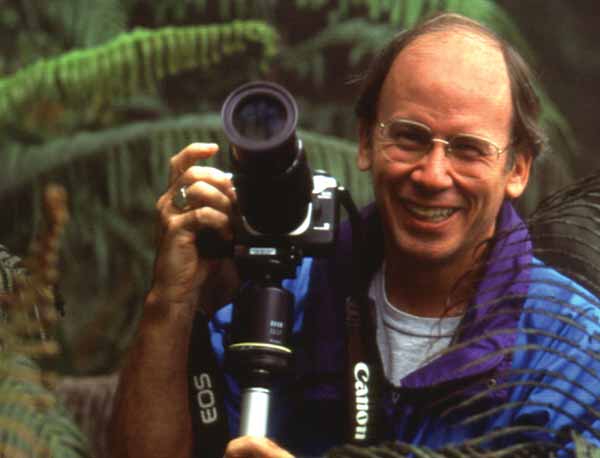 Twenty years as a freelance photographer for National Geographic earned him a reputation as a world class photojournalist.

He has published nine books, including California!, Visions of Wilderness, What The Road Passes By, Robert Frost; A Tribute To The Source, Canyon Country and John Muir’s High Sierra. His most recent book, The Nature of Leadership was created in collaboration with Stephen R. Covey (The Seven Habits of Highly Effective People). Dewitt’s column, Basic Jones, appears monthly in Outdoor Photographer magazine.

Dewitt is recognized as a world class lecturer. His knowledge of the creative process, his relaxed and genuine style and his ability to communicate make his presentations truly outstanding

Extraordinary Visions
Where do we find the vision to take our lives to the next level? How do we summon the passion to keep “raising the bar”? How can we make our life less of a struggle and more of a joy? For photographer and creativity expert, Dewitt Jones, the answers to these questions lie in the images we hold about ourselves, our future and the way in which we grow.

Dare to Dance
Dare to Dance is a version of Dewitt’s “Extraordinary Visions” program customized for meetings in Hawaii. The themes of Vision, Passion, Purpose and Creativity are interlaced with stories and images drawn from Dewitt’s time in these beautiful Pacific Isles.

Clear Vision
In his keynote presentation, award winning photographer Dewitt Jones explores the fundamentals of creativity – what they are, how they exist in each of us, and how to remove the blocks that keep us from accessing them. Using his own exceptional photographs as examples, Dewitt helps his audiences see the world with new eyes and rediscover their own creative gifts.

Speech Topics: Creativity   Filmmakers   Vision
Our goal is to provide speakers that encourage, entertain, and educate, YOUR audience! Work with Preferred Speakers to book the perfect speakers and entertainers for YOUR event!
Get In Touch
© Copyright - Preferred Speakers - 2022
Back To Top