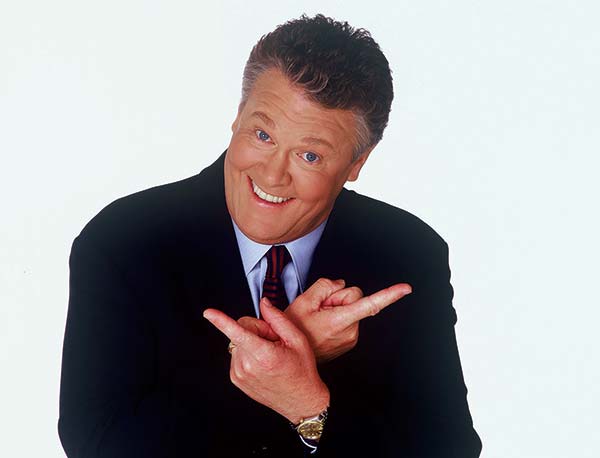 One of the most sought-after corporate and special event comedians in the country, Dick Hardwick has recently returned from his 2nd Around the World Tour with Lee Greenwood & the New England Patriot Cheerleaders for the United States Air Force Reserve.

Dick has also been making his mark on the public by appearing in concert with the legendary Johnny Mathis and Reba McEntire. Dick is comfortable moderating a corporate awards banquet or serving as host of an outdoor concert at Atlanta Motor Speedway with 250,000 attendees. His quick wit and “off-the-wall sense of humor” has served him well as a guest on Jeff Foxworthy’s syndicated radio show and numerous television appearances. Hardwick’s strong audience reaction is a testament to his ability to know what works each and every time he hits the stage…and make you – the buyer – the hero!

The Convention and Visitors Bureau for both Las Vegas and Reno have used Dick multiple times as their traveling host for sales promotion trips. Clients as varied as the PROMOTIONAL PRODUCTS ASSN., STATE FARM, MERCK, AT&T, COKE, KFC, GILLETTE, BRIDGESTONE/FIRESTONE and The Republican National Committee all celebrate Dick’s ability to entertain with big laughs while never using any offensive language or four-letter words.

Dick incorporates a variety of music into his stand up act and as the former drummer for the Beverly Hills Unlisted Jazz Band he does a comedy drum routine that wins him many accolades.

Speech Topics: Comedy and Entertainment   Entertainment   Masters of Ceremonies, Emcees and Moderators   Music
Our goal is to provide speakers that encourage, entertain, and educate, YOUR audience! Work with Preferred Speakers to book the perfect speakers and entertainers for YOUR event!
Get In Touch
© Copyright - Preferred Speakers - 2021
Back To Top