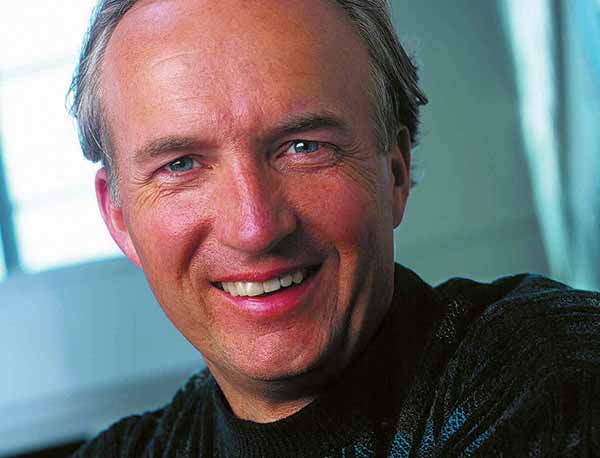 Customer Relationship Management, Marketing 1 on 1
Recognized for more than 20 years as one of the world's leading authorities on customer-focused business strategies, Don Peppers is an acclaimed author and a founding partner of Peppers &; Rogers Group, the world's premier customer-centric management consulting firm. The Times of London has listed Don among its "Top 50 Business Brains," Accenture has included him in its global list of the "Top 100 Business Intellectuals," and the U.K.'s Chartered Institute for Marketing put him on its inaugural listing of the "50 most influential thinkers in marketing and business today."

Don has a popular voice in the worldwide media, and writes frequently as an "expert blogger" for Fastcompany.com. His thought leadership, keynote presentations, and executive workshops routinely focus on the business issues that today's global enterprises are grappling with, while trying to maintain a competitive edge in their marketplace. These include:

* Stimulating innovative thinking and benefiting from new ideas within a firm; and

With co-author Martha Rogers, Ph.D., Peppers has produced a legacy of international best-sellers that have collectively sold well over a million copies in 18 languages. Peppers' and Rogers' newest book, their ninth, is Extreme Trust: Honesty as a Competitive Advantage. It suggests that social networks and rapidly increasing transparency have combined to raise customer expectations regarding the trustworthiness of the companies and organizations they deal with. Extreme Trust follows Rules to Break &; Laws to Follow, published in 2008, and named as the inaugural title to Microsoft's "Executive Leadership Series." This book addressed the challenges of succeeding in a world where networked customers and engaged employees hold immense power over your brand, making it doubly dangerous to succumb to the kind of rant short-termism that characterizes many businesses today.

Among the other best-sellers authored by Peppers and Rogers, their first”The One to One Future (1993)”was named by Inc. magazine's editor, George Gendron, as "one of the two or three most important business books ever written," while Business Week called it the "bible of the customer strategy revolution." Enterprise One to One (1997), received a 5-star rating from the Wall Street Journal. One to One B2B made the New York Times Business best-seller list within a month of its publication in 2001. And their 2005 book Return on Customer was named one of the 15 "most important reads" of 2005 by Fast Company, and cited again in 2007 on its list of the 25 "Best Books" in business. In 2011 the authors released a second, updated edition of their CRM textbook for university use in graduate level courses, Managing Customer Relationships.

Previously, Peppers was a celebrated new-business rainmaker in the advertising industry, and the CEO of a top-20 direct marketing agency. Prior to Madison Avenue, he worked as an economist in the oil industry, and as the director of accounting for a regional airline. He holds a B.S. in astronautical engineering from the U.S. Air Force Academy, and a Master's in public affairs from Princeton University's Woodrow Wilson School. He is a competitive runner and a very happily married father of five.

Speech Topics: Customer Service   Ethics   Innovation and Creativity   Leadership   Management   Marketing and Branding   Relationships   Retail   Sales   Strategy   Trends
Our goal is to provide speakers that encourage, entertain, and educate, YOUR audience! Work with Preferred Speakers to book the perfect speakers and entertainers for YOUR event!
Get In Touch
© Copyright - Preferred Speakers - 2022
Back To Top