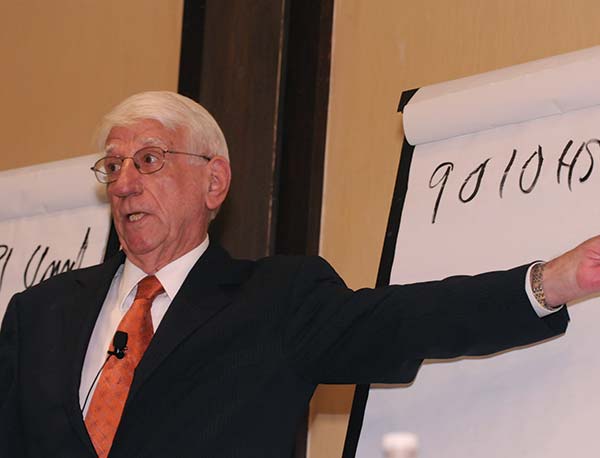 The "Will Rogers of Economics"

Looking for entertaining, informative economic content? Turn to Gene Stanaland, who's been called the "Will Rogers of economics."

There's no one quite like Gene Stanaland. Possessing a unique ability to analyze current economic conditions and relate their impact on individuals and businesses in an understandable and entertaining way, Stanaland leaves audiences entertained and amused, but also informed about the economic realities of the day. Economics is commonly referred to as the dismal science, but in a gifted entertainer like Stanaland's hands, economics and economic issues become the Undismal science. Despite what may appear to be an unserious attitude about economics, Dr. Stanaland has studied it seriously: he was a member of Auburn University's economics department for 20 years during which he headed the department for eight. Dr. Stanaland is now president of an economic consulting firm and serves on the board of directors of several institutions.

The Current State of Affairs
The nature of Dr. Stanaland's presentation is an analysis of the current economic conditions. Hence, the content will emphasize events occurring at the time of the presentation.

Speech Topics: Economics   Economy & Finance   Global   Government Regulation   Politics
Our goal is to provide speakers that encourage, entertain, and educate, YOUR audience! Work with Preferred Speakers to book the perfect speakers and entertainers for YOUR event!
Get In Touch
© Copyright - Preferred Speakers - 2020
Back To Top
×