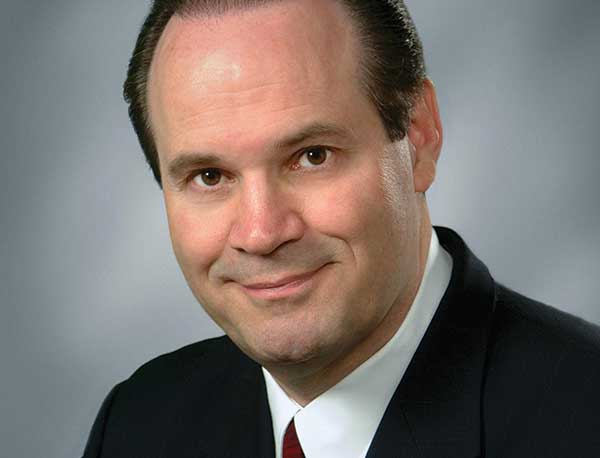 Dr. Tony Alessandra has a street-wise, college-smart perspective on business, having been raised in the housing projects of NYC to eventually realizing success as a graduate professor of marketing, entrepreneur, business author, and hall-of-fame keynote speaker. He earned a BBA from the Univ. of Notre Dame, an MBA from the Univ. of Connecticut and his PhD in marketing from Georgia State University.

In addition to being president of Assessment Business Center, a company that offers online 360º assessments, Tony is also a founding partner in The Cyrano Group and Platinum Rule Group–companies which have successfully combined cutting-edge technology and proven psychology to give salespeople the ability to build and maintain positive relationships with hundreds of clients and prospects.

Recognized by Meetings & Conventions Magazine as “one of America’s most electrifying speakers,” Dr. Alessandra was inducted into the Speakers Hall of Fame in 1985 and is a member of the Speakers Roundtable, a group of 20 of the world’s top professional speakers. Tony’s polished style, powerful message, and proven ability as a consummate business strategist consistently earn rave reviews and loyal clients.

The Platinum Rule
Relationship Strategies for Building Customer and Employee Loyalty. Most of us never figure people out. We just ricochet through life, getting along with some people and dealing as little as possible with others because they’re so different from us. In this HIGHLY entertaining and insightful program, Tony Alessandra shows you how to practice The Platinum Rule: “Do unto others as THEY would like done unto THEM!” Once you understand and master The Platinum Rule, you’ll be able to build bridges to people of any style in any business or personal situation. The Platinum Rule content is practical… accurate… and immediately useable. Here’s what you’ll learn:

How to Develop Your Charisma as a Leader
What impact could you have on your employees or colleagues if you decided to unleash your TRUE charisma? How would it feel to be in command of such influence? Can you imagine just how much this would enhance your leadership influence and other areas of your life? As an applied behavioral scientist and human relationships expert, Dr. Tony Alessandra has spent his career studying the different ways people interact with each other. His research (in his Charisma book) revealed several specific qualities charismatic people demonstrate. These “magical” qualities are present in everyone to varying degrees. The people we think have a lot of charisma have just developed their qualities to a higher level than most. In this program, Dr. Alessandra uses his research to create a simple, yet powerful, system to help you strengthen your charisma and become a more effective leader.

How to Get and Keep Customers… For Life
Turn your customers into business apostles who “preach the gospel” according to your company. Dr. Alessandra discusses the importance of a customer-driven focus including key insights for creating customer intimacy, customer retention, and customer satisfaction. In this dynamic program, he reveals strategies for turning moments of misery into moments of magic for your customers and shows how everyone in your organization can increase customer loyalty by:

Collaborative Selling
How to Gain the Competitive Advantage in Selling
Selling today has evolved from a transactional, one-shot sale mentality to building lifetime customer relationships; from persuading and telling to problem solving and helping; from low-price selling to value-added selling. In this interactive session, Tony shows your sales and service reps how to become a solution consultant by focusing more on studying customer needs and assuring customer satisfaction than on pitching product features. Some of the guiding philosophies of this program include:

Speech Topics: Communications   Customer Service   Diversity   Leadership   Motivation and Inspiration   Sales   Teamwork
Our goal is to provide speakers that encourage, entertain, and educate, YOUR audience! Work with Preferred Speakers to book the perfect speakers and entertainers for YOUR event!
Get In Touch
© Copyright - Preferred Speakers - 2021
Back To Top