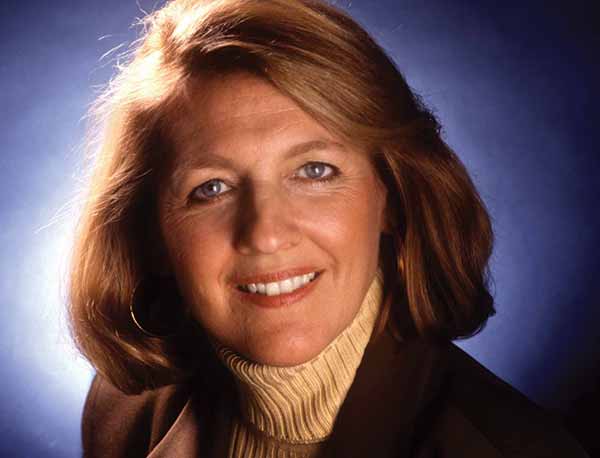 Ellen Goodman has spent most of her life chronicling social she was one of the first women to open up the oped pages to womens voices and became, according to Media Watch, the most widely syndicated progressive columnist in the country.

She continues that from her observation post now as a writer, speaker and commentator.

Ellen began her career as a researcher for Newsweek magazine in the days when only men wrote for the newsweekly. She landed a job as a reporter for the Detroit Free Press in 1965 and, in 1967, for The Boston Globewhere she began writing her column in 1974. It’s been syndicated by the Washington Post Writers Group since 1976.

Ellen’s first book, Turning Points (Doubleday, 1979), detailed the effect of the changing roles of women on the family. Six collections of her columns also have been published: Close to Home (Simon & Schuster, 1979); At Large(Summit Books, 1981); Keeping in Touch (Summit Books, 1985); Making Sense (Atlantic Monthly Press, 1989); and Value Judgments (Farrar Straus Giroux, 1993) and Paper Trail: Common Sense in Uncommon Times (Simon & Schuster, 2004). She is also co-author with Patricia O’Brien of I Know Just What You Mean: The Power of Friendship in Women’s Lives (Simon & Schuster, 2000).

Ellen won the Pulitzer Prize for Distinguished Commentary in 1980. She’s won many other awards, including the American Society of Newspaper Editors Distinguished Writing Award in 1980. She received the Hubert H. Humphrey Civil Rights Award from the Leadership Conference on Civil Rights in 1988. In 1993, The National Women’s Political Caucus gave her the President’s Award. In 1994, the Women’s Research & Education Institute presented her with their American Woman Award. In 2008, she won the Ernie Pyle Award for Lifetime Achievement from the National Society of Newspaper columnists.

Ellen has a daughter, stepdaughter, two grandchildren and lives with her husband, Robert Levey in Boston.

A Civil Tongue
Welcome to the era of polarized politics, food fight cable shows and ballistic blogging. Longtime journalist, Ellen traces how civility was shattered, who is winning and who is losing in the media mud wrestling. She shows how incivility is tearing us apart and how to call a truce.

Supermom to Mama Grizzly
Where Are Women Headed? A generation after the women’s movement shattered the world of Mad Men, women have kicked the doors open but left the glass ceiling in place. We still have conflicts between work and family, but Sarah Palin claims to be a feminist. What’s next for the next wave?

Friendship in the Era of Facebook
Ellen and Patricia O’Brien, are authors of the New York Times best-seller, I Know Just What you Mean: The Power of Friendship in Women’s Lives. They lead a lively discussion of what friendship means in the era when we count Facebook friends by the dozens. How do we sustain each other, how do we sustain friendship in a busy life? As a duet, they show as well as describe this connection.

The Personal is (Too) PoliticaL
Ellen takes us from a time when the press shielded the private lives of an FDR and a JFK to the time when private life has become public with a vengeance. What do we make of cable TV knockouts and scandals of the day? Ellen argues for a truly ‘new’ media.

The Third Act
The boomers are turning 65 at the rate of 10,000 a day. We are in the midst of a longevity revolution. How will these new seniors find meaning in their Third Act? Will the senior boomers be the problem or the problem solvers? How does this generation rewrite the script on senior citizenship for themselves and the country?

Sex & Sanity?
Ellen speaks with wit and wisdom about the sexual revolution and counter revolution, sex education and miseducation. How do we make sense of sex and fight the media messages that damage our children? How do we keep from slipping back to a time when abortion was illegal? Ellen engages a new generation in an ongoing struggle.

Speech Topics: Change   Current Events   Media and Journalism   Women Today
Our goal is to provide speakers that encourage, entertain, and educate, YOUR audience! Work with Preferred Speakers to book the perfect speakers and entertainers for YOUR event!
Get In Touch
© Copyright - Preferred Speakers - 2021
Back To Top