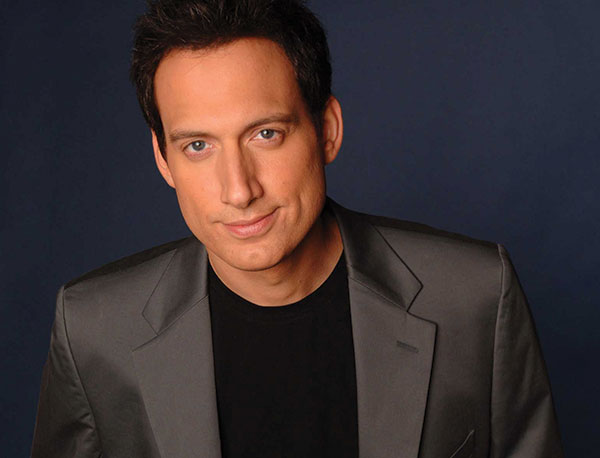 Comedian, Actor, Writer
“Hilarious,” “original,” “incredibly talented” and “extremely handsome” are just a few of the terms Elon Gold uses to describe himself. But it doesn’t start there…..

It all began at the tender age of 17, when Gold embarked on his stand up career at “The Comic Strip” in New York City. By the time he was 18, he had been recruited by MTV to appear on their Half Hour Comedy Hour. At 19, the Boston Herald hailed Gold as “a comedy star on the rise.” Five years later, Comedy Central selected him and three others (including Dave Chappelle) to be profiled in their Pipeline series of future comedy stars. Today, his star continues to rise as Gold has established himself as one of the top comedians in the country, having appeared on numerous television shows, including four recent appearances on The Tonight Show with Jay Leno. Gold’s comedy takes every day life and turns it on its head. His point of view of the world is uniquely delivered through absurd observations and by mocking conventions. Beneath much of the absurdity, lies a sharp, acerbic social commentary. But wait, that’s not all… He’ll also regale you with his hilarious original characters and offbeat impressions…at no extra charge!

Elon is also a very talented writer and actor; who wrote and performed on ABC’s The Dana Carvey Show and co-wrote, produced and starred in the Sony Television pilot Good as Gold, alongside television icon Mary Tyler Moore (who, after working with him in the Mary and Rhoda reunion movie, readily accepted Gold’s offer to play the role of his mother). Elon also developed and starred in the NBC series In-Laws with Dennis Farina. He scored the luckiest gig in the world when he was cast to star opposite Pamela Anderson in the Fox sitcom Stacked. He’s made several appearances on Chappelle’s Show, Chelsea Lately and guest starred on shows such as Frasier and Las Vegas. Elon also had a cameo in the Steve Martin movie, Cheaper by the Dozen (by cameo, we mean tiny, tiny part). Last summer, he was on the judge’s panel in ABC’s summer hit, The Next Best Thing (by hit, we mean cancelled after 8 episodes) and he most recently demolished gala audiences at the Montreal and Toronto comedy festivals. (by demolished we mean absolutely killed!).

Elon currently lives in Los Angeles, but if he doesn’t get onto a hit series fast, he will be moving back in with his parents in NY!