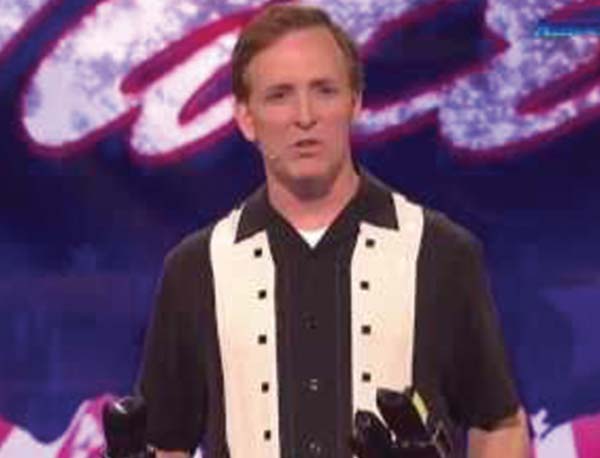 Laugh At Fear - Finding the Courage to Achieve
A professional variety comedian for over twenty years, with numerous television and Las Vegas credits, Frank Miles died in a hang gliding accident and was revived by emergency room doctors. True courage - he came to realize - is not facing death in daredevil pursuits, true courage is facing life.

After a full recovery, Frank left one successful career and embarked on another. Using hilarious comic monologues, juggling, music and magic, he illustrated simple techniques that free us from self imposed limits. The response has been tremendous.

Frank is now a sought after speaker/entertainer and has been honored with laughter and standing ovations from crowds of all sizes.

Speech Topics: Achievement   Adversity   Attitude   Change   Comedy and Entertainment   Humor
Our goal is to provide speakers that encourage, entertain, and educate, YOUR audience! Work with Preferred Speakers to book the perfect speakers and entertainers for YOUR event!
Get In Touch
© Copyright - Preferred Speakers - 2022
Back To Top