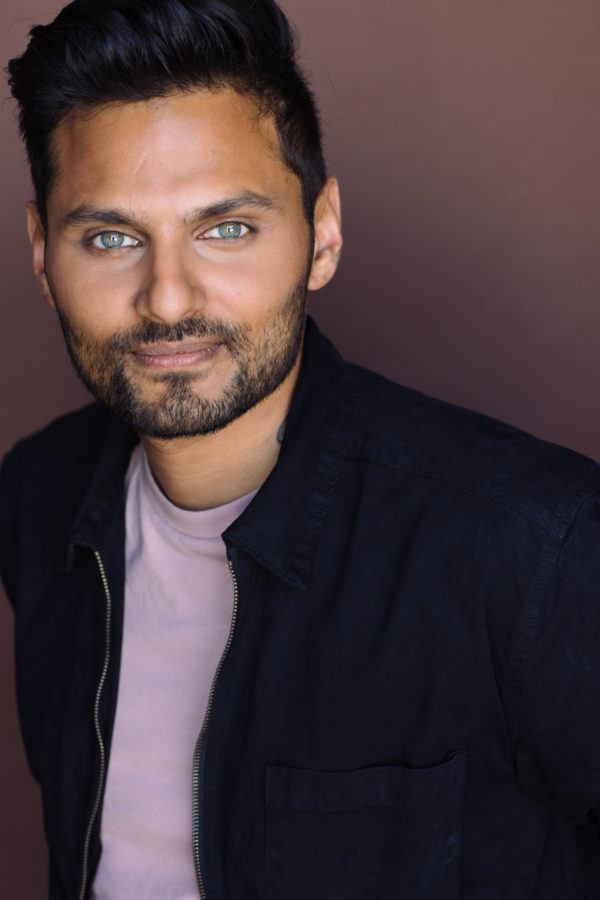 Since launching his video channel in 2016, Jay’s viral wisdom videos have garnered over 1 BILLION views and gained over 4 MILLION followers globally.

Jay was named in the Forbes 30 Under 30 Class of 2017 for being a game-changer and influencer in the world of Media. Jay’s daily show on HuffPost Live #FollowTheReader, where he has interviewed the likes of Russell Brand, Tim Ferris, Dr. Shefali, Simon Sinek and Deepak Chopra, reached one million people daily. Jay aims to deliver educational and insightful content in an entertaining, uplifting format – with the mission of making wisdom go viral. His inspirational video reach is known to skyrocket upwards of 35 to 100 million views within seven days of launch. He has created content for and partnered with the likes of Snapchat & Facebook and serves on the National Geographic Chasing Genius Council.

After meeting a monk at the age of 18, Jay sought to redefine personal success. He was inspired by a life of service, impact and passion as opposed to money, fame and power. After graduating with a first-class BSc (Hons) Degree in Behavioral Science from Cass Business School, he turned down lucrative job offers from prestigious companies, moved to India and lived as a monk. He traded his suits for robes, shaved his head, slept on the floor and lived out of a gym locker. Jay meditated for 4-8 hours a day and studied ancient philosophy. Half the day was spent on personal growth and the other on help others. This included everything from personal and collective meditation, study and reflection to teaching and philanthropy. For three years, Jay helped build sustainable villages, food programs distributing over one million meals per day and coached millennials throughout India and Europe.

Jay received a proposal from his guru who believed he could share what he had learnt if he left the path. Jay moved back to London with his parents, in massive debt with no recognizable skills on his resume. Fortunately, his friends, now working for the largest organizations in the world yet experiencing tremendous stress and pressure, invited Jay to coach them on wellbeing, purpose and mindfulness. Jay began sharing his experiences as a monk in the world’s largest corporations including EY and Nasdaq.

Driven by a desire to share his learnings with as many people as possible, he re-engaged with the world and dove head first into learning about the tools and techniques that might allow knowledge to spread as fast as entertainment. He joined Accenture, helping them build their digital division while learning about the forces shaping the new digital landscape. He quickly became their #1 social media influencer, in a company of 400,000 people. Along the way, he advised over 150 executives on their personal brands, which provided a very broad base with which to test theories. He leveraged his findings to launch his own Facebook page in 2016, which exploded.

Jay’s videos were spotted by Arianna Huffington, who asked him to create a series for HuffPost. His first four videos hit over 50 million views – the highest HuffPost had ever received. Arianna invited Jay to New York to be a Senior Host & Producer for HuffPost Live where he created #FollowTheReader. The Facebook Live Daily Talk Show, featuring authors and life changing ideas, became #1 for audience engagement – with themes that include passion, purpose, mindfulness, resilience, failure and communication.

These days, Jay continues to expand his brand through his viral video agency, group coaching & workshops.

How To Find Your Purpose In The Workplace – Purpose
One of the top challenges for executives is how to raise employee engagement, and for good reason. Engagement is on the decline across the world, and that spells trouble for business leaders everywhere. Today, employees are genuinely searching for meaning, purpose and fulfillment in the workplace. When each person deeply understands how they fit into the bigger picture they become more motivated to align with the company’s goals. Takeaways include:
1. Understanding the scientific reasoning for purpose and meaning for a healthy life
2. How to integrate one’s purpose with that of the company
3. Practical techniques to give meaning to everyday activities

Personal Online Brand
The question today is, if you don’t have an online brand, do you even exist? Every employee today can be a brand ambassador, every director needs to be a voice. We no longer live in a B2B world but a H2H, human to human world where people want to do business with people. The online world allows you to connect with clients, customers and colleagues in a truly unique way.

Digital Innovation – Preparing Your Mindset for the Future
What got us here, won’t get us there. More and more people are worried about robots taking their jobs, the rise of artificial intelligence and machine learning pose real threats to our careers and companies. How can companies redefine their mindset for the new world? What skills need to be prioritized, enhanced and focused on and what needs to be let go?

The Millennial and Gen Z Mind
Whether you want to attract new customers of know how to understand your younger employees, Jay will share four principles on how to connect with Millennials and Gen Z. Being a millennial himself, Jay understands this landscape better than anyone else. Having worked for Accenture and built several programs across their clients, Jay shares the five patterns we should be paying attention to and how to act on them today.

Customization
In addition to sharing his experiences as a monk, digital strategist and social media influencer, Jay can customize his talks to include the following takeaways:

Mindfulness & Reflection Reducing stress and pressure in the workplace;
Communication & Connection Building trust and long term relationships;
The Art of Growing Practical steps an organization can take to fail forward; Techniques to help individuals build resilience and not give up;
Inside the Mind of Innovations Four key mindsets needed to thrive in the age of uncertainty.

Speech Topics: Generations   Health and Wellness   Innovation   Leadership   Purpose   Social Media   Spirituality   Technology   Trust   Virtual Presenter
Our goal is to provide speakers that encourage, entertain, and educate, YOUR audience! Work with Preferred Speakers to book the perfect speakers and entertainers for YOUR event!
Get In Touch
© Copyright - Preferred Speakers - 2022
Back To Top