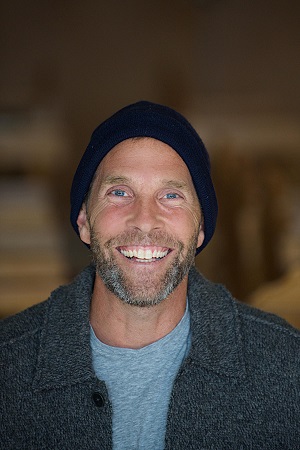 Jesse Itzler only eats fruit 'til noon, loves Run-D.M.C., and enjoys living life "out of the box." In fact, he doesn't even have a box. The author of the New York Times bestseller, Living with a Seal, cofounded Marquis Jet, the world's largest private jet card company which he and his partner sold to Berkshire Hathaway/NetJets. Jesse then partnered with Zico coconut water, which he and his partner sold to The Coca-Cola Company.

He also wrote Living with the Monks: What Turning Off My Phone Taught Me about Happiness, Gratitude, and Focus. This former MTV rapper brings his “live life out of the box” approach to the stage and uses the wisdom and humor of his books to illustrate the importance of increasing your mental-toughness meter.

When he's not running ultra-marathons, eating vegan food or being a dad to his four kids, Jesse can be found at the NBA's Atlanta Hawks games, where he's an owner of the team. He is married to Spanx founder Sara Blakely.

Speech Titles and Descriptions:
Life and Business Lessons Learned Living With a Navy SEAL
Jesse channels his book Living with a SEAL: 31 Days Training with the Toughest Man on the Planet and shares lessons learned during his month of living and extreme fitness training with a Navy SEAL to illustrate the importance of increasing your mental toughness meter.
Create winning habits, winning routines and a winning mindset.
What major goal are you going after? Run a 5k, lose weight, take your business to the next level? In this presentation, Jesse taps into pieces of his “all-in” group coaching program, Build Your Life Resume. The focus is on taking specific steps toward personal growth areas, in business, family, personal, or physical and challenging ourselves to tap into reserve tanks we all have, but so few of us access.
Build Your Life Resume: The Power of Experience
Always living his life outside the box, Jesse was a rapper on MTV, co-founded the world's largest prepaid jet company, helped pioneer the Coconut Water craze, ran a 100 mile race and has spent time living with a group of monks and a Navy SEAL. Since few are ready to take on these challenges themselves, learn the valuable life lessons from Jesse's experiences and how you can build your own life resume.
Speech Topics: Business Growth   Creativity   Goals   Gratitude   Innovation and Creativity   Motivation and Inspiration
Our goal is to provide speakers that encourage, entertain, and educate, YOUR audience! Work with Preferred Speakers to book the perfect speakers and entertainers for YOUR event!
Get In Touch
© Copyright - Preferred Speakers - 2021
Back To Top