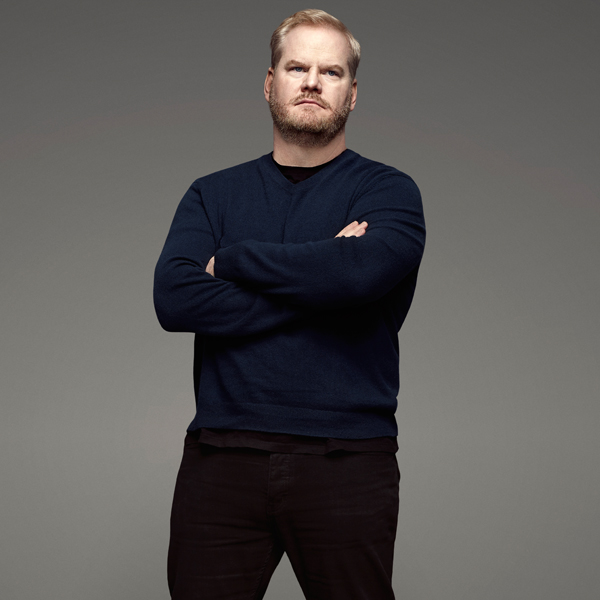 Celebrity Comedian
Jim Gaffigan is a Grammy nominated comedian, New York Times best-selling author, top touring performer, and multi-platinum-selling father of five. He recently wrapped the first season of his semi-fictitious television show, The Jim Gaffigan Show, which TV Land picked up for a second season and premieres this summer.

The series, lauded by The Los Angeles Times as “Fun and Funny,” and People Magazine as “One of Summer TV’s bright spots,” was developed by Peter Tolan along with Gaffigan and his wife, Jeannie, who both also serve as executive producers and showrunners. The single-camera comedy co-stars Ashley Williams, Michael Ian Black, and Adam Goldberg and revolves around one man’s struggle to balance fatherhood, stand-up comedy and an insatiable appetite.

With multiple projects in motion, Gaffigan is currently traveling the world on behalf of his stand-up tour, Contagious, and headlined Madison Square Garden for the first time in December, becoming one of only ten comics in history to sell out The Garden. Last fall, Gaffigan had the honor of performing in front of Pope Francis and over 1 million festival attendees at the Festival of Families in Philadelphia.

Gaffigan’s fourth special (Beyond the Pale -2006, King Baby -2009, Mr. Universe -2012), Obsessed premiered on Comedy Central in 2014 and the DVD/CD was released soon after by Comedy Central Records. Obsessedpremiered at #1 on iTunes which marked the fifth time Gaffigan reached the Top 25 Comedy category on iTunes. The album also earned a nomination for ‘Best Comedy Album of the Year’ at the 2015 Grammy Awards.

In addition to his own television show, widely popular stand-up comedy and best-selling books, Jim has guest starred on many television comedies and dramas, ranging from Portlandia to HBO’s cult hits Flight of the Concords and Bored to Death to dramatic roles in all three versions of Law & Order. On the silver screen, his credits include Three Kings, Hot Pursuit, Super Troopers, and 17 Again amongst many others. Taking a dramatic turn, Gaffigan costarred Peter Saragaard and Winona Ryder in Magnolia Picture’s 2015 drama, Experimenter, and will next be seen opposite Naomi Watts, Liev Schreiber, Ron Perlman and Elisabeth Moss in the independent film, The Bleeder.

Gaffigan was born in Elgin, Illinois and is the youngest of six children. He currently lives in Manhattan with his wife Jeannie, and their five children.

Speech Topics: Celebrity   Comedy and Entertainment
Our goal is to provide speakers that encourage, entertain, and educate, YOUR audience! Work with Preferred Speakers to book the perfect speakers and entertainers for YOUR event!
Get In Touch
© Copyright - Preferred Speakers - 2021
Back To Top