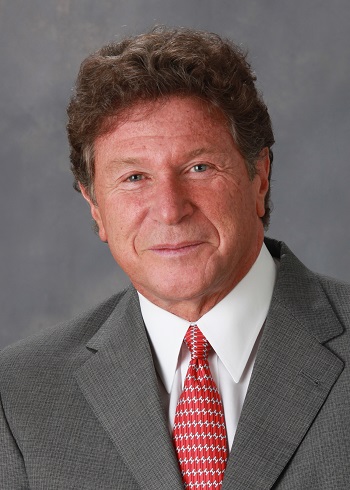 Over the past 35+ years, Dr. Ken Dychtwald has emerged as North America’s foremost visionary and original thinker regarding the lifestyle, marketing, healthcare and workforce implications of the longevity revolution.

He is a psychologist, gerontologist, documentary filmmaker, entrepreneur and best-selling author of sixteen books on health, wellness and aging-related issues, including Bodymind, Age Wave: The Challenges and Opportunities of an Aging Society, Age Power: How the 21st Century will be Ruled by the New Old, The Power Years: A User’s Guide to the Rest of Your Life, Workforce Crisis: How to Beat the Coming Shortage of Skills and Talent, Gideon’s Dream: A Tale of New Beginnings and A New Purpose: Redefining Money, Family, Work, Retirement and Success. In 2007, he had his debut as a documentary filmmaker and host with the highly rated/acclaimed PBS special The Boomer Century: 1946-2046.

Ken Dychtwald has served as a fellow of the World Economic Forum and he is a two-time recipient (1996 and 2013) of the distinguished American Society on Aging Award for outstanding national leadership in the field of aging. American Demographics Magazine honored him as the single most influential marketer to baby boomers over the past quarter century. His article in The Harvard Business Review, “It’s Time to Retire Retirement,” was awarded the prestigious McKinsey Award, tying for first place with the legendary Peter Drucker. He was a keynote presenter at both the 1995 and 2005 White House Conferences on Aging.

He is a visiting faculty at Singularity University, NASA campus, and serves as a senior Advisor to the G100. In addition, he is a Trustee of the American Society on Aging, the Alliance for Aging Research and USAgainstAlzheimer’s.

The Longevity Economy: Tomorrow’s Biggest Market Opportunities Are Hiding in Plain Sight
Rising longevity and the aging of the massive Boomer generation are radically altering both the demographic landscape and every aspect of the consumer marketplace. Already 50+ consumers account for more than half of all spending and control more than 70% of total U.S. net worth. In the coming years, we’ll see explosive business growth fueled by this unprecedented age wave.

This provocative new presentation was created for business leaders seeking to understand, re-gear, and thrive in the era of unprecedented longevity. This revealing glimpse into the future explores the industries, products, and services that will dominate the longevity marketplace—many of which are hiding in plain sight:

The New Purpose of Maturity: Redefining Work, Retirement, Family, Health, Leisure, Housing, Giving, Money, and Success
Tens of millions of Boomers are entering their retirement years just as Americans are living longer than ever before. As a result, the timing, power, and purpose of maturity are being dramatically re-imagined. Learn how the exciting spectrum of new lifestyle choices across adulthood will affect every area of our lives.This impactful new presentation unveils Age Wave’s highly acclaimed research and explores a wide range of potentially game-changing questions for business leaders across every industry:

How the Age Wave Will Transform the Marketplace, the Workplace, and Our Lives
Increasing longevity, declining fertility, and aging Baby Boomers are triggering an enormous age wave. This demographic tsunami has the potential to create tremendous marketplace and work/talent opportunities—and brings with it equally pressing social and financial challenges.

This enlightening and entertaining presentation encapsulates key learnings from Age Wave’s highly acclaimed research and explores some of the most pressing questions faced by individuals, governments, and businesses today.

This presentation explores the most important questions in retirement planning today, illustrates groundbreaking research, and reveals how to safeguard a successful retirement while avoiding the “wildcards” that threaten to shatter dreams.

The New Alchemy of Travel: In Search of Peak Experiences
Amidst our current workaholic culture, there is an awakening appreciation for the immeasurable value of great times with friends and loved ones, the satisfaction of continued personal growth, and the excitement of encountering new people, places, and cultures. Fueled by the dual Boomer liberations of emptynesting and retirement and turbo-charged by Millennial FOMO, hundreds of millions of men and women worldwide are hoping to enjoy more “time affluence” than at any other point in history.

This dynamic new presentation explores the forces causing an unquenchable appetite for stimulating and nourishing "peak experiences" of every form and flavor—and uncovers the abundant opportunities for entrepreneurs and industry leaders who understand the new travel consumer.

How Longevity Will Transform Health, Medicine, and Aging
Rising longevity and global population aging are radically altering both the demographic landscape and every dimension of health and healthcare.

This revealing glimpse into the future—led by one of our nation’s most recognized and respected authorities on longevity and the personal, marketplace, and societal implications of the age wave—dives deep into the questions that are transforming health and medicine in the 21st century.·

A Boomer/Millennial Smackdown
Dynamic father-son duo Ken and Zak Dychtwald will deliver an engaging, mind-stretching, and actionable session to envision the new characteristics, aspirations, hopes and fears of these two powerful generations. Ken’s lifelong pursuit to understand the attitudes and characteristics of what makes Boomers tick is fused with Zak’s experience and knowledge of the emerging Millennial mindset in this unique presentation.

Together they will explore these powerful generations as consumers—and how entrepreneurs and industry leaders who understand both can take full advantage of explosive growth in the years ahead.

Speech Topics: Aging   Finance   Future Trends   Generations   Healthcare   Marketing and Branding
Our goal is to provide speakers that encourage, entertain, and educate, YOUR audience! Work with Preferred Speakers to book the perfect speakers and entertainers for YOUR event!
Get In Touch
© Copyright - Preferred Speakers - 2021
Back To Top