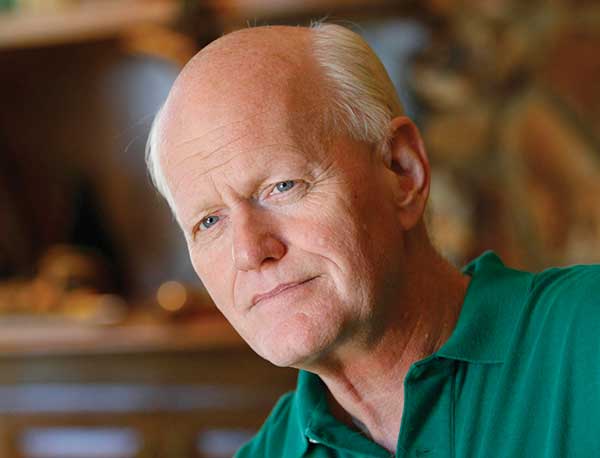 Executive Coach and Author of Triggers, Creating Behavior That Lasts —Becoming the Person You Want to Be and What Got You Here Won’t Get You There
Dr. Marshall Goldsmith is a world authority in helping successful leaders get even better by achieving positive, lasting change in behavior for themselves, their people, and their teams.

He is the million-selling author or editor of 31 books, including the New York Times and Wall Street Journal bestsellers, MOJO and What Got You Here Won't Get You There - a WSJ #1 business book and winner of the Harold Longman Award for Business Book of the Year. His books have been translated into 28 languages and become bestsellers in eight countries.

Dr. Goldsmith's Ph.D. is from UCLA's Anderson School of Management where (in 2010) he was recognized as one of 100 distinguished graduates in the 75-year history of the School. He teaches executive education at Dartmouth's Tuck School and frequently speaks at leading business schools. He is one of a select few executive advisors who have been asked to work with over 120 major CEOs and their management teams. He served on the Board of the Peter Drucker Foundation for ten years. He has been a volunteer teacher for US Army Generals, Navy Admirals, Girl Scout executives, International and American Red Cross leaders - where he was a National Volunteer of the Year.

Marshall's other books include: Succession: Are You Ready? - a WSJ bestseller, The Leader of the Future - a BusinessWeek bestseller. The AMA Handbook of Leadership, The Organization of the Future 2 and The Leadership Investment - all three are American Library Association - Choice award winners for academic business books of the year. He has regular blogs at www.BusinessWeek.com and www.HuffingtonPost.com.

Triggers: Becoming the Person that We Want to Be
What keeps us from becoming the person that we want to be? Why are our New Year’s resolutions forgotten by February? Why is employee engagement near an all-time low? Dr. Marshall Goldsmith is a world authority in helping successful leaders achieve positive, lasting change in behavior: for themselves, their people and their teams. In this fast-paced, interactive keynote, Dr. Goldsmith will explain why we so often don’t become the person that we want to be. He will then share several structured approaches to managing our lives (at home and work) that have been proven to result in positive behavioral change. Marshall will also share a completely new approach to employee engagement that teaches employees how to engage themselves. Finally, Dr. Goldsmith will describe his breakthrough work with Alan Mulally, (the former CEO of Ford and CEO of the Year in the US) and show how a disciplined change process can not only impact individuals and teams, but also an entire organization.

MOJO: How to Get It, How to Keep It, and How to Get It Back If You Lose It
“Mojo” is the feeling we get when we’re moving forward, making progress, achieving goals, clearing hurdles, passing the competition—and doing so with increasing ease. Based on his newest book, Marshall Goldsmith discusses the new world of work and shows why mojo is more important than ever before. Goldsmith will reveal how our mojo is impacted by identity, achievement, reputation, and acceptance. By the end of the session, participants will be able to define mojo, measure it, and keep mojo by letting go of the little stuff, avoiding pointless arguments at work, and steering clear of mojo-killers. Free applications will be available to help participants experience more happiness and meaning at work and at home.

What Got You Here Won’t Get You There
How do successful leaders become even more successful? By following practical strategies from Marshall Goldsmith, one of the world’s leading executive coaches. This session will help you understand the unique challenges faced by successful people, and learn proven, research based tools for developing yourself and coaching others. Goldsmith will explain how to implement “feed-forward”, a positive, focused tool for improvement, and understand the latest innovations in peer coaching. As long as you have the commitment, Goldsmith has the guide for mastering change and finding more happiness and meaning—at work and home, and with the important people in your life.

Speech Topics: Change   Communications   Leadership   Teamwork
Our goal is to provide speakers that encourage, entertain, and educate, YOUR audience! Work with Preferred Speakers to book the perfect speakers and entertainers for YOUR event!
Get In Touch
© Copyright - Preferred Speakers - 2020
Back To Top