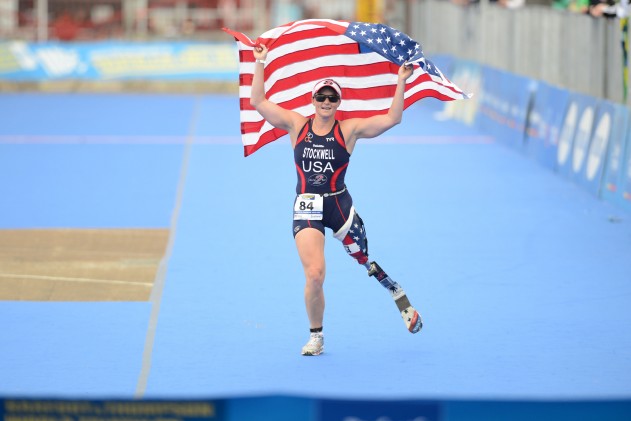 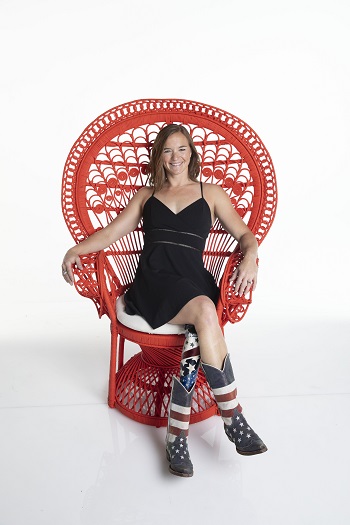 Melissa Stockwell inspires us to embrace change and find motivation in adversity, as she shares her astonishing journey of leadership, perseverance, gratitude and competitive success.

Melissa is a decorated American war hero who has triumphed over personal tragedy to achieve greatness and world champion Paralympian status. She has dedicated her life to chasing remarkable accomplishments while giving back to others, particularly those who face challenges similar to her own.

In 2004, as a First Lieutenant in the U.S. Army deployed in Baghdad, Iraq, a blast from a roadside bomb struck Melissa’s Humvee causing the loss of her left leg above the knee. She is the first female soldier to ever lose a limb in active combat and has been awarded both the Bronze Star Medal and the Purple Heart.

Following her accident, she became the first Iraqi war veteran to qualify for the Beijing Paralympics. Later, she turned to the sport of Paratriathlon and is now a three-time world champion. She was named USA Triathlon’s female Paratriathlete of the Year twice, was also twice nominated for an ESPY award, and she won a bronze medal in the inaugural Paratriathlon event. Melissa leaves audiences forever changed to see ability, not disability, to maximize what they do have and not what they don’t, and with the inspiration to thrive through change.

Baghdad to Beijing and Beyond
Melissa talks about overcoming obstacles, perseverance and living life to its fullest. Melissa fully believes that anyone can do anything that they put their mind to and hopes her audience walks away with a greater appreciation of life and an ‘I can do anything’ attitude.

Nearly every ALA Convention attendee made it a point to share that your speech was the highlight of the entire week. All were inspired by your story and the courage and determination you have demonstrated as the life of Melissa 2.0 unfolds. Every Speaker for the remainder of the Convention referenced your Speech. Honestly, Melissa, folks simply couldn’t stop raving about you and P&G benefited by association.

Personally, it was an absolute honor and pleasure to meet you. I had high expectations…..you exceeded mine as both a Speaker and an Individual. The quality (intellect, poise, humor) in which you conduct yourself is very impressive Melissa.

We were so happy to have Melissa speak at our Sales and Marketing Offsite. There was not a dry eye in the audience and she left us all feeling inspired, motivated and incredibly proud to have her on our team.