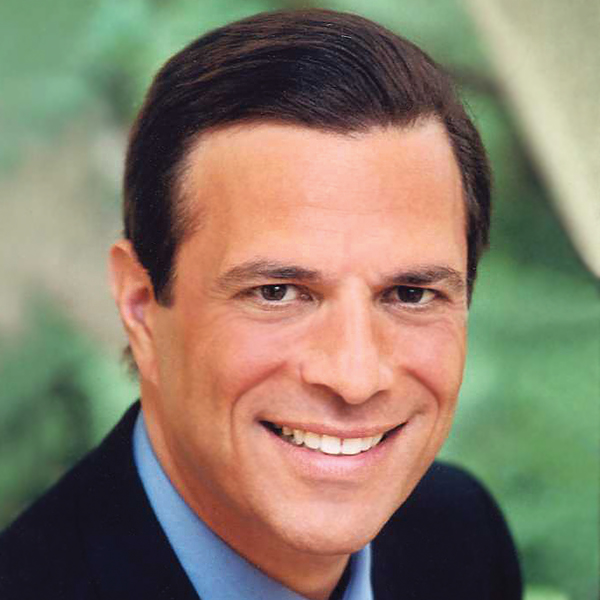 Presidential Historian, NBC News and PBS NewsHour, New York Times Columnist and #1 Best-Selling Author
Michael Beschloss is an award-winning historian of the Presidency and the author of nine books, including the the most recent, Presidents of War, along with the bestseller Presidential Courage: Brave Leaders and How They Changed America, 1789-1989.   Beschloss writes a sports history column that appears in The New York Times both in print and online every Saturday, called HistorySource.

Michael Beschloss is an award-winning historian of the Presidency and the author of nine books, including the the most recent, Presidents of War, along with the bestseller Presidential Courage: Brave Leaders and How They Changed America, 1789-1989.   Beschloss writes a sports history column that appears in The New York Times both in print and online every Saturday, called HistorySource.

Called “the nation's leading Presidential historian” by Newsweek, Beschloss has made history himself, serving as the first presidential historian for NBC News—the first time any major network has created such a position. Appearing regularly on Meet the Press, The Today Show, The Daily Show, and all NBC network programs, he provides expert analysis of the executive branch and is often featured on PBS’s The NewsHour with Jim Lehrer. In 2005, he won an Emmy for his role in creating and hosting the Discovery Channel series Decisions That Shook the World.

His New York Times bestseller The Conquerors: Roosevelt, Truman, and the Destruction of Hitler’s Germany, 1941-1945 was lauded as “vigorously written” about “history as it was spoken at the time, and there is not a dull page,” in a front-page review in The New York Times Book Review. Amazon.com also praised it as one of its best-selling history books of the year.

In his keynotes, Michael Beschloss imparts his unique wisdom on the Presidency, sharing the leadership skills that led to various presidents’ successes with corporate as well as general audiences.

Beschloss’ debut, Taking Charge—a highly praised trilogy of best-selling books on the first year of Lyndon Johnson’s presidency and the newly released secret tapes—was called “sheer marvelous history” by The Wall Street Journal and “an important event” by The New York Times. The second volume, Reaching for Glory, was called “an incomparable portrait of a President at work” by The New York Times Book Review.

Beschloss’ first book, Kennedy and Roosevelt: The Uneasy Alliance, started as his senior honors thesis at Williams College. His book, Mayday: Eisenhower, Khrushchev, and the U-2 Affair, was called “a grand narrative… crowded with well-drawn portraits”  by  The New Yorker. The Crisis Years: Kennedy and Khrushchev, 1960-1963, which won the Ambassador Book Prize, was heralded by The New Yorker as the “definitive” book on John F. Kennedy and the Cold War.

Beschloss co-wrote At the Highest Levels: The Inside Story of the End of the Cold War with Strobe Talbott. As literary executor for the late Newsweek columnist Meg Greenfield, he edited her posthumously published book Washington, which was a New York Times bestseller.

An alumnus of Williams College and Harvard University, Beschloss has been a historian on the staff of the Smithsonian Institution, a senior associate member at Oxford University in England, and a senior fellow of the Annenberg Foundation in Washington, DC. He has received the Williams College Bicentennial Medal, the State of Illinois's Order of Lincoln, the Harry S. Truman Public Service Award, the Ambassador Book Prize, the New York State Archives History Award and was named to Time Magazine’s list of “Best Twitter Feeds of 2013.” He has received honorary doctorates from Lafayette College, Williams College, St. Mary's College of Maryland, Saint Peter's College, and Governors State University. .

Leadership From the Board Room to the Oval Office
Drawing on his years studying leadership at the Harvard Business School and as a presidential historian, Beschloss, customizing his presentation for each audience, picks the most brilliant successes and the most lethal mistakes made in business and politics “ and shows what they can teach us.

Presidential Courage
What makes a great U.S. president? Michael Beschloss believes the answer is "presidential courage": the willingness to take a political risk that might end a president's career-and the wisdom to do that for reasons that later Americans will admire. In a presentation based on his book Presidential Courage: Brave Leaders and How They Changed America, 1789-1989, Beschloss describes crucial times when courageous presidents took such risks and overcame obstacles to dramatically change the future of the United States. From George Washington to Ronald Reagan, the presidents Beschloss focuses on addressed some of the most paramount, abiding issues in American history-war and peace, human rights, and the proper balance between government and business. A natural storyteller, Beschloss details the outstanding traits of these presidents, and then compares them to the current crop of presidential candidates, for in insightful glance into America's political future. He also uses what he has discovered about presidential courage to provide leadership lessons for all of us.

Great Presidents Past and Present
As a master in his field, Beschloss brings us inspiring, humorous and tragic never-before-told stories of American presidents “ from George Washington to George W. Bush “ as they struggle with war, peace and domestic crisis. He reveals the qualities that have made great presidents in history and shows how to find leaders who have them now “ in politics, business and civic life.

The Washington, D.C. You're Not Hearing About
From his talks with presidents, Supreme Court justices, diplomats and members of Congress and his quarter-century in the capital, Beschloss reveals the hidden side of important personalities and behind-the-scenes developments that may soon have a major impact on your life.

Speech Topics: Celebrity   Current Events   Historians   Leadership   Media and Journalism   Politics
Our goal is to provide speakers that encourage, entertain, and educate, YOUR audience! Work with Preferred Speakers to book the perfect speakers and entertainers for YOUR event!
Get In Touch
© Copyright - Preferred Speakers - 2022
Back To Top