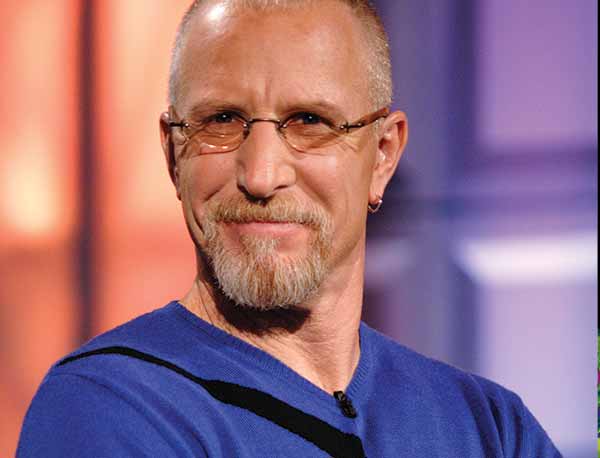 Pat Croce is a walking testament that the impossible is possible. A pioneer in sports medicine, Croce used his empire-building energy to take the Philadelphia 76-ers from "worst to first" during his years of leadership as the team's owner. That may be a lifetime of success for some, but Pat Croce? He was just getting started!

Croce went on to commentating for the NBA on NBC and the Summer Olympic Games, hosting the nationally syndicated Pat Croce: Moving In, serving as a panel judge on ABC's American Inventor and he recently completed the pilot Family Business for the History Channel. Croce is also the author of three books, including The New York Times best-seller, I Feel Great and You Will Too!

Pat Croce has also written several books on his practical passion which include the historical books Pirate Soul and Pirates of St. Augustine, and children's books My Pop-Pop is a Pirate, Blackbeard and The Pirate Handbook.

Using his remarkable success in pioneering sports medicine and becoming the colorful leader responsible for the resurrection of the Philadelphia 76ers as a backdrop for his presentations, Pat Croce is a motivational speaker who offers audiences infectious enthusiasm alongside the key strategies they need to obtain far-reaching success.

Achieve the Impossible
In this speech, listeners will learn that nothing is impossible when you unlock your mind, unleash the will of your soul, and gamble on yourself. By learning some "Pat Croce Pointers," audience members will be left with a memorable experience and powerful reminders of how to create an atmosphere of success in everything that they do.

110%
Leaders are made, not born. As a leadership speaker, Pat Croce brings an entertaining presentation about the secrets for winning leadership. But they must believe, as Croce does, that just as all people have dormant athletic potential, they also have untapped leadership potential. Participants will learn the successful traits and responsibilities of a winning leader.

Ten Commandments of Customer Service
Participants in this lecture will learn the ten commandments for success in business. Lessons will be learned from Pat Croce's sports medicine empire, Sports Physical Therapists, as well as from his amazing turnaround of the Philadelphia 76ers.

Speech Topics: Customer Service   Entrepreneurs   Leadership   Motivation and Inspiration   Overcoming Adversity   Peak Performance   Sports   Teamwork
Our goal is to provide speakers that encourage, entertain, and educate, YOUR audience! Work with Preferred Speakers to book the perfect speakers and entertainers for YOUR event!
Get In Touch
© Copyright - Preferred Speakers - 2022
Back To Top