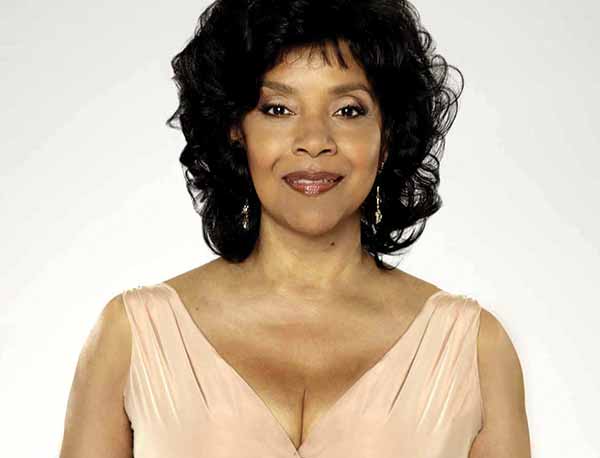 Best Known as Clair Huxtable from “The Cosby Show”; Committed Advocate for Children, Women’s Issues & Fine Arts
Phylicia Rashad’s reputation as one of America’s most diversified entertainment talents continues to grow. Known to millions of fans worldwide as Clair Huxtable from “The Cosby Show,” Phylicia earned two Emmy Award nominations and a People’s Choice Award for Favorite Television Female Performer during her eight years on the show.

She also earned an NAACP Image Award for Best Actress in a Comedy Series for her role as Ruth Lucas on “Cosby.” Phylicia has had success on the stage and in television. She recently completed a leading role in the New York production of “Blue” and has starred on Broadway in “Into the Woods,” “Jelly’s Last Jam,” “Dreamgirls,” “the Wiz,” and “Ain’t Supposed to Die a Natural Death.”

Ms. Rashad recently made her debut as executive producer, co-producing and co-starring with her sister, Debbie Allen, in “The Old Settler.” This production launched the new PBS national television drama series “PBS Hollywood Presents”. Rashad’s other television credits include guest appearances in the series “Touched By An Angel,” “A Different World” and roles in the television films “David’s Mother,” “Free of Eden,” “False Witness,” “Jailbirds” and “Polly Comin’ Home!” –both directed by her sister, Debbie Allen.

She is a recipient of Harvard University’s Foundation Award and is an active participant in charitable and non-profit organizations. She supports the work of the PRASAD Project, an international charitable organization designed to help communities by giving them the tools and opportunities they need for self-reliance. She is also committed to the mission of Children’s Hospital, which provides premium pediatric health care and services to children in the District of Columbia and to RNT–Recruiting New Teachers. In addition to supporting these organizations, Ms. Rashad is dedicated to communicating the importance of the Fine Arts in education.

Taking Heart Disease Personally
Phylicia Rashad takes diabetes and heart disease personally. When she lost her father to heart disease related to his diabetes, she was spurred by that terrible loss to participate in a nationwide campaign to create awareness of the link between diabetes and heart disease. From her participation in that first campaign, and her dedication to the cause since, she shares what she learned from healthcare professionals, including what increases your risks of developing diabetes-related heart disease, how to recognize the symptoms – and what can be done to increase the odds of beating this deadly disease.

ADDITIONAL TOPICS INCLUDE:
Where the Women Go, the Culture Goes
Leading a Conscious Life: The Importance of Volunteerism
Enjoying the Journey of Life
The Healing Power of the Arts

Speech Topics: Celebrity   Diversity   Education   Healthcare   Volunteerism and Service Learning   Women Today
Our goal is to provide speakers that encourage, entertain, and educate, YOUR audience! Work with Preferred Speakers to book the perfect speakers and entertainers for YOUR event!
Get In Touch
© Copyright - Preferred Speakers - 2022
Back To Top