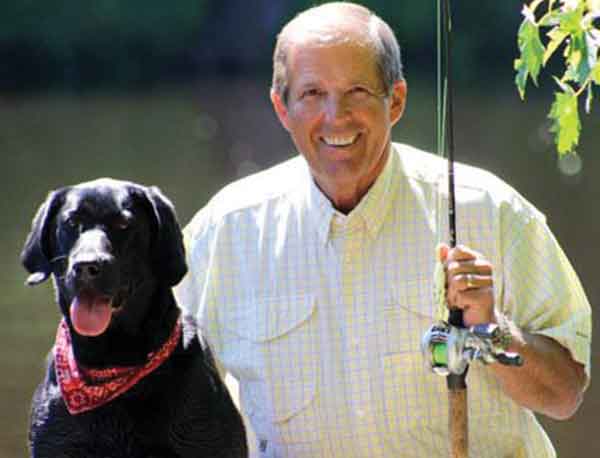 Outdoors Storyteller, Writer, TV Producer
As a journalist, Ron Schara has been sharing the great outdoor experience with his readers for nearly three decades. Seeing through the eyes and lives of others, his material has captured the attention of tens of thousands of fresh air enthusiasts by putting them as close to the subject’s setting as a reader or viewer can be. Over the years, as his newspaper and television popularity has grown, Ron’s personality has become more a part of the fabric of the Midwest’s outdoor community.

Ron’s soft spoken but direct delivery, and appealing on-camera image, have made him a popular resource as an all-purpose, outdoor/naturalist commentator for many radio and television stations. His ever rising popularity hasn’t been achieved by having his personality dominate the story. Rather, Ron prides himself in letting the story happen through those who live it and simply allow himself to be the guide to discovery. He’s there to share a story or to inform on a cause or controversy. Deep in the wilderness on the shore of an ancient glacial trout lake or wading the waters of an environmentally threatened inner city wildlife pond, Ron’s knowledge and understanding of our natural surroundings is more than just a journalist’s assignment. He grew up loving the outdoors in northeast Iowa’s rugged bluff country. He graduated with degrees in journalism and fish/wildlife biology and he has never veered from his ambition. Whether writing a newspaper story, talking with his radio and television audience, or appearing before a live audience, Ron Schara likes to use colorful storytelling to create a story for his audience.

Speech Topics: Environment   Inspiration   Journalism   Positive Attitude   Values
Our goal is to provide speakers that encourage, entertain, and educate, YOUR audience! Work with Preferred Speakers to book the perfect speakers and entertainers for YOUR event!
Get In Touch
© Copyright - Preferred Speakers - 2022
Back To Top