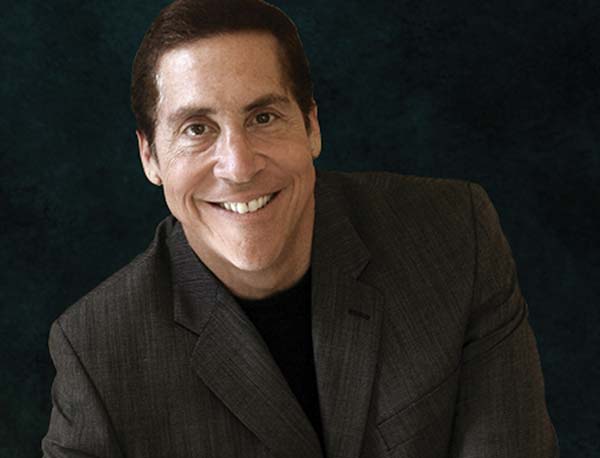 Award Winning Sports Broadcaster, Entertaining Musician
Firestone is a seven-time Emmy Award-winning and seven-time cable ACE Award-winning host, interviewer, narrator, writer, and producer. As the ground-breaking, original host of ESPN’s legendary Up Close, Up Close Classic and Up Close Primetime, Firestone has interviewed more than 5,000 athletes, musicians, actors and political figures, as well as scores of writers and filmmakers.

Not limited to television, Firestone is also prolific on the printed page — as the author of two best-selling books, Up Close with Roy Firestone, and most recently, Don’t Make Me Cry, Roy.

Critically acclaimed as a performer, monologist, humorist, musician and impressionist, Roy Firestone is one of the nation’s most sought after live corporate performers, keynote speakers and lecturers.

His numerous television credits include Everybody Loves Raymond and Married with Children. Fans of The Simpsons remember him as the voice of ‘Bart Starr.’ No stranger to talk shows, Firestone’s appearances include Late Night with David Letterman, Later with Bob Costas, Larry King Live and The Tonight Show.

One Man Show – Up Close
Roy Firestone’s ONE MAN SHOW – UP CLOSE, is more than a keynote speech. It is more than a ‘mailed in” corporate presentation. Roy uses humor, observational experiences, fantastically funny video clips of bloopers, blunders, topical events and newsmakers. Roy does a dozen celebrity impressions and uses some computer graphic work to make members of the audience”come alive” on stage. Roy also moves, inspires and uplifts with storytelling, music, spoken word narratives and inspiring life experiences. Roy Firestone’s presentation is truly one of a kind.

Why Do Sports Matter?
In an era of scandals, cheats, lawlessness, greed, and indulgence, what is so good about sports? Roy Firestone brings the spectacle of sports in a funny, entertaining, moving, inspiring, and uplifting way. Don’t miss his one of a kind live presentation.

Speech Topics: Celebrity Entertainment   Humor   Masters of Ceremonies, Emcees and Moderators   Motivation and Inspiration   Music   Sports   Virtual Presenter
Our goal is to provide speakers that encourage, entertain, and educate, YOUR audience! Work with Preferred Speakers to book the perfect speakers and entertainers for YOUR event!
Get In Touch
© Copyright - Preferred Speakers - 2022
Back To Top