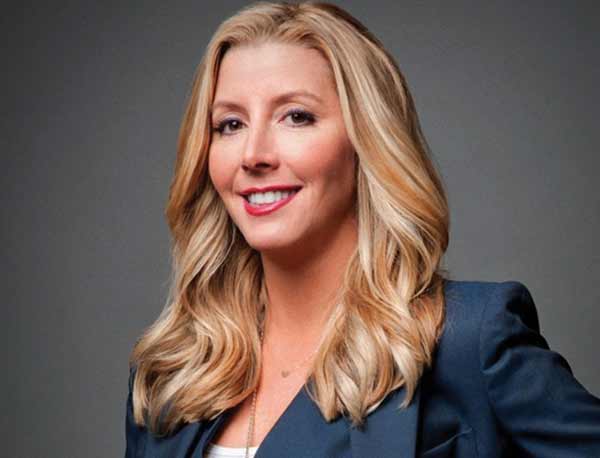 Creator and Founder of Spanx
Sara Blakely wanted footless body-shaping pantyhose to wear with her cream-colored pants and open-toed shoes, but she couldn’t find them anywhere. As a frustrated consumer turned entrepreneur, Blakely took $5,000 in savings and began her adventure in the $2 billion male-dominated hosiery industry.

Two years later, with her first pair of patented footless pantyhose in hand, Blakely cold-called and landed the top retail stores across the country. After selling over 50,000 pairs in three months from the back of her apartment, Blakely revitalized an industry in a ten-year slump with SPANX. Her SPANX footless pantyhose even captured the attention of Oprah and landed on The Oprah Winfrey Show’s Favorite Things list.

Concerned with creating comfortable, slimming garments that minimize figure flaws, Blakely reinvented shapewear with innovative designs and smart features that won the hearts of fashion-loving women from Oprah Winfrey to Gwyneth Paltrow. SPANX has developed and launched more than 60 styles – with names like Bra-llelujah, Two Timin’ Tights, Power Panties, and Slim-Cognito – all designed to be innovative, comfortable, slimming, and stylish.

Blakely appeared on Fox – setting daring world records, meeting Nelson Mandela, and leading successful business challenges – as a cast  member on The Rebel Billionaire: Branson’s Quest for the Best. As the first runner-up, she received a $750,000 check from Richard Branson to pursue her dream to start a foundation to empower women, The Sara Blakely Foundation.

Remaining self-funded and profitable ever since Blakely started the company, SPANX continues to show increasing profits, celebrating more than $100 million in retail sales in 2006. SPANX are sold in America’s finest upscale stores and boutiques in the US, including Nordstrom, Neiman Marcus, Saks Fifth Avenue, Bloomingdale’s, and Parisian, as well as upscale boutiques and retailers in Canada and the UK. In 2012, Forbes announced that Blakely is the youngest self-made female billionaire.

In fun and engaging presentations, Sara Blakely recounts the birth of SPANX and discusses such topics as women in business, entrepreneurship, and giving back to the community. Her success story will encourage your audiences to find their inner entrepreneur and believe in themselves.

Entrepreneurship
Women in Business
Giving Back to the Community
Marketing &; Public Relations
The Fashion &; Hosiery Industry

Speech Topics: Celebrity   Entrepreneurs   Philanthropist   Women Today
Our goal is to provide speakers that encourage, entertain, and educate, YOUR audience! Work with Preferred Speakers to book the perfect speakers and entertainers for YOUR event!
Get In Touch
© Copyright - Preferred Speakers - 2020
Back To Top
×