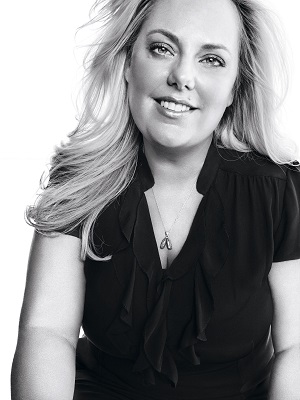 In March of 2012, a tornado ripped through the town of Henryville, Indiana. Stephanie Decker, a 37-year-old mother, found herself in a life-altering moment. As her house began to disintegrate around her, she shielded her two young children with her body. Her dream home fell in, crushing her legs, but because of her heroic actions, Stephanie’s children were amazingly unscathed. It was a miracle that she even survived and made it to the hospital. At that point, doctors determined that parts of both legs would need to be amputated.

Since the accident, Stephanie has been featured on: The Today Show, The Ellen Degeneres Show, ABC World News Tonight as “Person of the Week,” USA Today, USA Weekend, and People Magazine. She was featured in Successful Meetings‘ list of Most Reliable Keynote Speakers who surpass expectations. She was also named as one of L’Oreal’s 2014 Women of Worth Honorees and nominated for the 2015 Betty Jane France Humanitarian Award for her foundation work.

Courage in the Storm
Since the tornado that took both of her legs, Stephanie Decker had to rethink and rebuild her life as she knew it. Using her own story, Stephanie helps an audience find their inner hero as well as recognize the everyday heroes all around us. She provides the inspirational message to help attendees develop a “can do” attitude to face their own challenges.

Key Takeaways:
1. Become inspired to overcome any obstacle and adversity.
2. Find your inner hero as well as the strength to overcome challenges.
3. Learn the importance of developing a “can do” attitude when facing challenges.

Speech Topics: Courage   Diversity   Motivation and Inspiration   Overcoming Adversity   Women Today
Our goal is to provide speakers that encourage, entertain, and educate, YOUR audience! Work with Preferred Speakers to book the perfect speakers and entertainers for YOUR event!
Get In Touch
© Copyright - Preferred Speakers - 2020
Back To Top
×