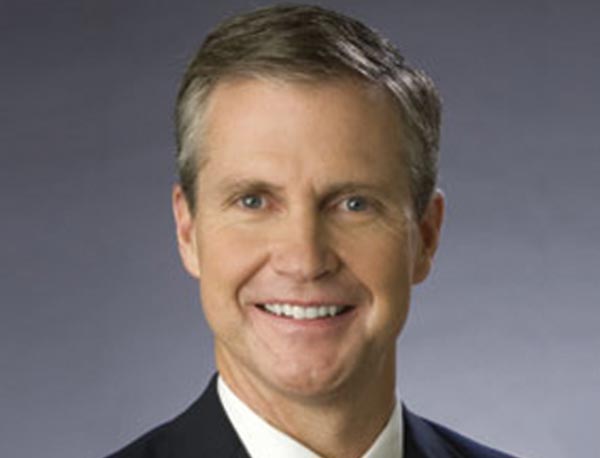 Chief Political Reporter, ABC Affiliate, KSTP-TV
Tom started at 5 EYEWITNESS NEWS in September 1992, after reporting and news anchoring jobs in Austin, Minnesota; Fort Myers, Florida; and Des Moines, Iowa. After covering the law enforcement beat in the Twin Cities for several years, Tom began covering Minnesota politics in 1997. He hosts the 5 EYEWITNESS NEWS At Issuepublic affairs program on Sunday mornings. In 2002, Tom authored Inside the Ropes with Jesse Ventura, a book about the remarkable four-year term of Governor Jesse Ventura.

Tom has earned a number of awards for news reporting, including Emmy awards for his coverage of the plane crash of Senator Paul Wellstone and for stories that helped solve the 1970 murder of St. Paul Police Officer Jim Sackett. In 2007, he was also honored with the St. Paul Police Department "Chief's Award", one of the highest civilian honors in the department, for his reporting on the Sackett case. Tom has received three Emmy Awards for At Issue as the Best Public Affairs Program and two Emmys for television host of the Minnesota State High School Hockey tournament on KSTC-TV, Channel 45.

Tom was born in Minneapolis and grew up in Edina. He lives in the Twin Cities with his wife and four children. He serves on the board of the Bob Allison Ataxia Research Center at the University of Minnesota and on the Hobey Baker Memorial Award Committee, which honors the top college hockey player in the country. Tom also enjoys tending to his backyard hockey rink, reading, golfing and running. He's completed 24 marathons.

Speech Topics: Current Events   Media and Journalism   Politics
Our goal is to provide speakers that encourage, entertain, and educate, YOUR audience! Work with Preferred Speakers to book the perfect speakers and entertainers for YOUR event!
Get In Touch
© Copyright - Preferred Speakers - 2021
Back To Top