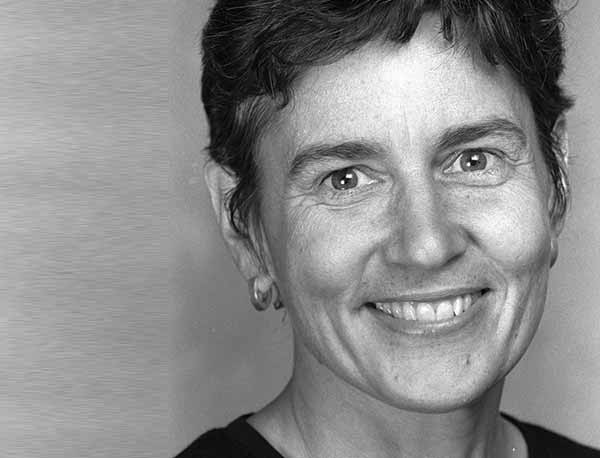 Preeminent Polar Explorer
Ann Bancroft is one of the world's preeminent polar explorers and an internationally recognized leader who is dedicated to inspiring women, girls and audiences around the world to unleash the power of their dreams. Through her various roles as an explorer, educator and sought-after speaker, Bancroft believes that by sharing stories related to her dreams of outdoor adventure, she can help inspire a global audience to pursue their individual dreams.

Bancroft's teamwork and leadership skills have undergone severe tests during her polar expeditions and provided her with opportunities to shatter female stereotypes.

The tenacity and courage that define her character have earned Bancroft worldwide recognition as one of today's most influential role models for women and girls. She has been named among Glamour magazine's Women of the Year (2001); featured in the book Remarkable Women of the Twentieth Century (1998); inducted into the National Women's Hall of Fame (1995); named Ms. Magazines Woman of the Year (1987); and honored with numerous other awards for her accomplishments.

Born in 1955 in Mendota Heights, Minn., Bancroft´s love of the outdoors began early in life. Aside from the two years, she spent with her family in Kenya, East Africa (in fifth and sixth grades), Bancroft was a student of Minnesota´s vast wilderness. Her father often took her on camping and canoe trips in northern Minnesota. At age eight, she began to lead her own mini-expeditions, cajoling her cousins into accompanying her on backyard winter camping trips.

Bancroft´s passion for exploring our natural world is matched by her enthusiasm for teaching children. After earning a bachelor of science degree in physical education from the University of Oregon, Bancroft taught physical and special education in Minneapolis and St. Paul, Minn. schools and coached various high school sports. She currently is an instructor for Wilderness Inquiry, an organization that helps disabled and able-bodied individuals enjoy the wilderness year round.

Bancroft´s other achievements include founding and leading the Ann Bancroft Foundation, a non-profit organization that celebrates the existing and potential achievements of women and girls.

Since the Bancroft Arnesen Expedition, Bancroft and Arnesen´s inspirational story has helped shape Bancroft Arnesen Explore, designed to share Ann and Liv´s stories with audiences around the globe through multi-media presentations, short films, workshops, curricula and lectures as a way to motivate people to reach for their own dreams, particularly women and girls.

An internationally known entity, Bancroft´s expeditions have been followed by BBC, CNN, National Public Radio, NBC Nightly News and NBC´s Today Show. She also has been featured in Time, People, USA Today, Ms., McCall´s, Ladies Home Journal, Vogue, Good Housekeeping, Glamour, National Geographic, Outside, Sports Illustrated, Sports Illustrated for Kids and Sports Illustrated for Women, O, the Oprah Magazine, and Time for Kids. Bancroft is a spokesperson for the Learning Disabilities Association, Wilderness Inquiry and Girl Scouts of the USA. She serves on the board of Youth Frontiers, co-chairs the Wilderness Inquiry capital campaign and is a judge for the Nuclear-Free awards and the National Women´s Hall of Fame inductions. Bancroft also is on the advisory board of the Melpomene Institute and Medica.

Speech Topics: Achievement   Adventure   Celebrity   Environment   Motivation and Inspiration   Overcoming Adversity   Risk Taking   Women Today
Our goal is to provide speakers that encourage, entertain, and educate, YOUR audience! Work with Preferred Speakers to book the perfect speakers and entertainers for YOUR event!
Get In Touch
© Copyright - Preferred Speakers - 2023 | Terms and Conditions
Back To Top