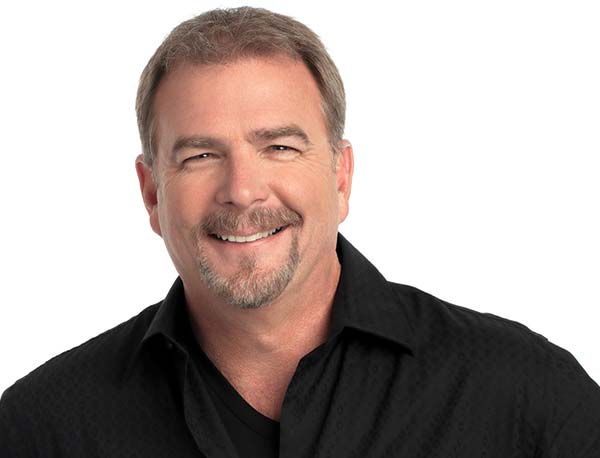 The thing that makes any entertainer successful is the ability to connect with an audience. It’s the quality of sharing the humor in everyday situations that has made Bill Engvall one of the top comedians today and among the busiest.

Bill will voice an animated character in a new show for CMT currently titled Bounty Hunters, which will begin airing in the summer of 2013.

Bill has hosted numerous television shows including the game show LINGO for GSN, Country Fried Videos and Mobile Home Disasters, for CMT as well as several award shows. He had a 3 episode arc on the TNT show Hawthorne, narrated a documentary for the Speed Channel on Darrel Waltrip and starred in the Hallmark Channel movie Kiss at Pine Lake.

Bill starred in and executive produced his own self-titled sitcom for TBS, which ran for three seasons. He was one of the stars of the sketch comedy show, Blue Collar TV, on the WB network. In 2008 Bill starred in Bait Shop which co-starred Billy Ray Cyrus and had its world premiere on the USA Network.

A star of the big screen as well, Bill has appeared in several films including Strawberry Wine with Christina Ricci and , Bed and Breakfast with Dean Cain, as well Delta Farce.

Bill was part of the enormously successful Blue Collar Comedy concert films, which have sold more than 9 million units and are some of the most watched movies and special in Comedy Central history. The soundtrack for Blue Collar Comedy Tour- One For The Road (Warner Bros./Jack Records) was also nominated for a Grammy Award.

Along with his Blue Collar movies, Bill has several solo specials which aired on Comedy Central including Aged and Confused ( 2009), Live (2004 (certified multiplatinum). He recently reunited with Jeff Foxworthy and Larry the Cable Guy on the Them Idiots Whirled Tour, which was filmed as a special for CMT and aired in March of 2012, 15° Off Cool ( 2007) and Here’s Your Sign.

Bill’s first album, HERE’S YOUR SIGN (Warner Bros. May ‘96), has been certified platinum and held the #1 position on the Billboard Comedy Chart for 15 straight weeks. went on to peak at #5 on Billboard’s Current Country Album Chart and reached the Top 50 on Billboard’s Top 200 Album Chart. The single of the same name was ranked #1 on Billboard’s Country Singles Sales Chart for ten weeks, reached the Top 30 on the Billboard’s Singles Sales Chart, and achieved Gold status, which is not a common occurrence in the comedy market. 1997, Engvall won the “Best Selling Comedy album” award at the annual NARM convention, outselling albums by Chris Rock and Adam Sandler.

Bill’s second CD, DORKFISH (Warner Bros., October ’98), was certified gold (500,000 copies), and had the honor of being ranked #1 on Billboard’s Comedy Chart, surpassing Jerry Seinfeld’s album. All of his following comedy album releases debuted at #1 on the Billboard Comedy Chart, including 15° Off Cool and Aged and Confused.

Bill has written several books, including his autobiography Bill Engvall –Just A Guy, St. Martin’s Press on May 15, 2007.

A native of Galveston, Texas, Bill moved to Dallas and was working as a disc jockey with plans of becoming of a teacher. While in a nightclub one evening, Bill decided to try his hand at stand-up comedy and quickly found that making people laugh was truly his forte. Soon after, he decided to move to Los Angeles to pursue television opportunities. First there was a Showtime special, A Pair of Joker’s with Rosie O’Donnell, followed by hosting A&E’s Evening at the Improv and appearances on both The Tonight Show and the Late Show with David Letterman. In 1992, Bill won the American Comedy Award for “Best Male Stand-up Comedian.” After appearing in episodes of Designing Women, Bill went on to portray Buck Overton on the ABC sitcom, Delta starring Delta Burke. Bill also starred in the NBC series, The Jeff Foxworthy Show, where he played Jeff’s best friend.

Bill resides in Southern California with his family.

Speech Topics: Celebrity   Comedy and Entertainment
Our goal is to provide speakers that encourage, entertain, and educate, YOUR audience! Work with Preferred Speakers to book the perfect speakers and entertainers for YOUR event!
Get In Touch
© Copyright - Preferred Speakers - 2021
Back To Top