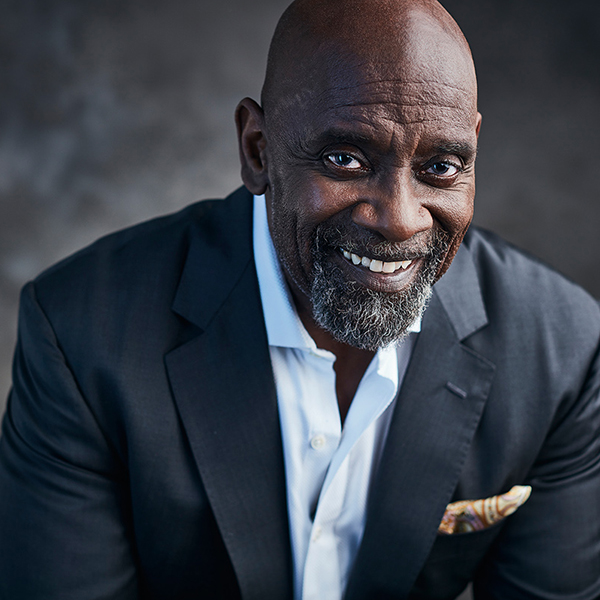 Entrepreneur, Author, Philanthropist, and single parent whose work has been recognized by many esteemed organization.
Gardner is the author of the 2006 autobiography, The Pursuit of Happyness, a New York Times and Washington Post #1 bestseller that has been translated into over forty languages.

Gardner is also the inspiration for the acclaimed movie The Pursuit of Happyness for which Will Smith, starring as Gardner, received Golden Globe, Screen Actors Guild and Academy Award nominations for his performance. Gardner’s second bestselling book, Start Where You Are: Life Lessons in Getting from Where You Are to Where You Want to Be, was published in May 2009.In the fall of 2010, Gardner was named the Ambassador of Pursuit and Happyness for AARP, which has nearly 40 million members worldwide.

Always hard working and tenacious, a series of adverse circumstances in the early 1980’s left Gardner homeless in San Francisco and the sole guardian of his toddler son. Unwilling to give up Chris Jr. or his dreams of success, Gardner climbed the financial industry ladder from the very bottom. He worked at Dean Witter Reynolds and Bear Stearns & Co before founding the brokerage firm Gardner Rich in Chicago in 1987.

Chris Gardner’s aim, through his speaking engagements and media projects, is to help others achieve their full potential. He is a passionate philanthropist committed to organizations combating violence against women, homelessness, financial illiteracy and providing access to medical care and treatment; issues of the utmost importance to Gardner.

Spiritual Genetics and the American Dream
The opportunity for prosperity, success, and gaining upward social mobility through hard work is the essence of the American Dream. Christopher Gardner has made this dream a reality and shares with audiences how to do the same with his concept of Spiritual Genetics — learning what you’re made of by tapping into your unknown potential. Gardner helps you identify the “P’s” in your life — finding your passion, being practical, and having a plan. Then, he explores what he calls the C-5 Complex: being clear, concise, compelling, consistent and committed to the plan. All of these ingredients will leave audiences empowered, uplifted, and ready to make positive changes in their lives.

Life, Liberty, and the Pursuit of Happyness
Christopher Gardner’s inspiring keynote speech focuses on messages of perseverance and personal responsibility in times of crisis. Gardner communicates these themes through the story of his own triumph over adversity while homeless on the streets of San Francisco with his son, to his subsequent success as stock broker, CEO, single father and author of the bestselling autobiography The Pursuit of Happyness and Associate Producer of the film starring Will Smith in the role of Christopher Gardner.

Speech Topics: Business Growth   Celebrity   Diversity   Motivation and Inspiration   Overcoming Adversity   Risk Taking
Our goal is to provide speakers that encourage, entertain, and educate, YOUR audience! Work with Preferred Speakers to book the perfect speakers and entertainers for YOUR event!
Get In Touch
© Copyright - Preferred Speakers - 2022
Back To Top