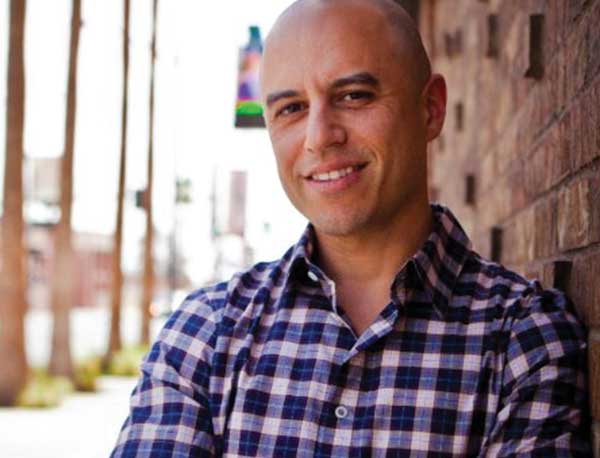 Doctor, Rapper, CEO, Youtube Sensation! Shaking up the Status Quo
Zubin did everything his immigrant physician parents expected of him: molecular biology and music at UC Berkeley, medical school at UCSF, residency in internal medicine at Stanford, and finally a nearly decade-long career as a hospital doctor at Stanford University Medical Center. He also routinely took out the trash and cleaned his room.

But then he did something his parents didn't expect (or much quite like): he quit, left the Bay Area with his wife and two young daughters, and moved to Downtown Las Vegas. All to be a part of an epic experiment: Zappos CEO Tony Hsieh's Downtown Project.

The goal was to transform Downtown Las Vegas in record time from a series of empty lots and quirky bars to the epicenter of a burgeoning tech, arts, food, and business scene. Tony was investing $350 million of his own cash to curate this experiment, and he asked Zubin to do nothing less than rethink entirely how a 2.8 trillion dollar industry ” healthcare ” might look if it were just done right from scratch.

Luckily, he found that the answer was probably simpler than it has been made out to be. We don't do primary care right in this country. But through good primary care, you can treat or better yet prevent most costly illnesses. So fix primary care¦and you fix medicine.

With Turntable Health, that's exactly the idea he's pursuing. To get a better sense of all this, watch Zubin's TEDMED talk. And if you're really brave, check out his alter-ego, ZDoggMD.

Burnout in Healthcare
Finding a Voice in our Broken System
Technologic Innovation in Medicine
Team-based Collaborative Care Models (Health 3.0 as he's dubbed it)
Innovative Use of Social Media in Healthcare

Speech Topics: Health and Wellness   Healthcare
Our goal is to provide speakers that encourage, entertain, and educate, YOUR audience! Work with Preferred Speakers to book the perfect speakers and entertainers for YOUR event!
Get In Touch
© Copyright - Preferred Speakers - 2022
Back To Top