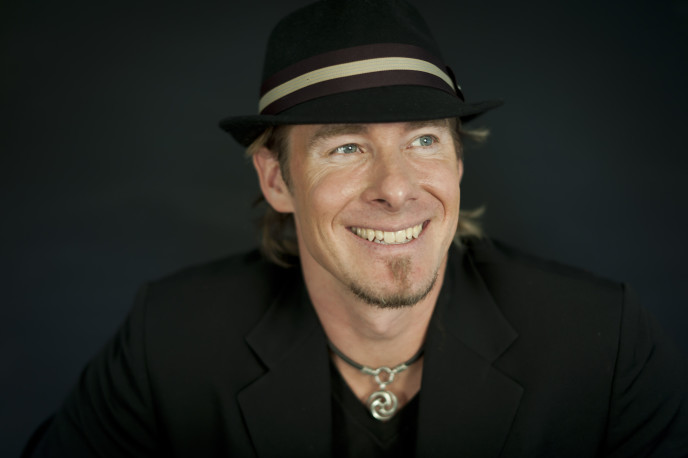 Artist and Inspiring Speaker
Erik Wahl is an internationally recognized graffiti artist, author and entrepreneur, Erik redefines the term “keynote speaker.” Pulling from his history as both a businessman and an artist, he has grown to become one of the most sought-after corporate speakers available today.

Erik’s on-stage painting seamlessly becomes a visual metaphor to the core of his message, encouraging organizations toward profitability through innovations and superior levels of performance. His list of clients includes AT&T, Disney, London School of Business, Microsoft, FedEx, Exxon Mobil, Ernst & Young, and XPrize; Erik has even been featured as a TED presenter. The responses received have been nothing short of incredible, with standing ovations to prove it.

Erik’s understanding of vision was originally born in the school of disappointment. After a eight-year career as a partner in a corporate firm, he became frustrated by the lack of innovative thought and corresponding profits he saw in business. So he set out to challenge companies to change their way of thinking, while simultaneously pursuing his own individual passions. He rediscovered his love for art, and now plays in the business world by working through his art.

In the past 10 years, he has shared his incredible message with the largest and most influential companies in the world, leaving behind his prized artwork as a reminder of his passion for breakthrough thinking. He’s the Warhol of Wall Street, the Renoir of ROI, the Picasso of Productivity, the Jobs of… well, having a Job.

He is Erik Wahl: graffiti artist, author, entrepreneur and philanthropist.

The Art Of Vision®
The best sustainable edge in business is the ability to differentiate yourself from your competition. Through this entertaining and highly practical program, we will uncover new ways to make your organization more creative, innovative and profitable, but more so, help your employees see the need to become better storytellers within and for your company and industry.

The Art of Leadership
As the business landscape continues to change, Leaders need to stay ahead of the game by fostering a steady stream of disruptive strategies and unexpected solutions to revive stagnant markets or completely reinvent the competitive dynamics of an industry. Disruptive thinking requires a culture of innovative leadership which can provide the framework and motivation to generate those strategies and execute those solutions. It is an essential skill for any business leader, from a small start-up to a global corporation, with the desire to transform organizational processes and behaviors

UNthink™
UNthink is the signature keynote experience from Erik’s bestselling book. It is dynamic multi media keynote experience specifically designed to challenge audiences to achieve superior levels of performance. It will inspire them to let go of their traditional thought patterns and better understand how to create disruptive strategies of innovation. Creativity is in all of us. We simply need to rediscover the keys that will unlock our untapped potential. UNthink will Unleash organizational excellence and help your audience better understand that they are all capable of so much more than they have been conditioned to believe.

I Am Artist™
This program is an innovative training experience featuring a short-film that challenges you to discover that no matter what you do, you are an Artist! By digging deeper into your own unique talents, you will be inspired to take the next steps to achieve breakthrough levels of success. Join Erik Wahl as he helps you redefine your art, equips you with the tools to become more productive and unleashes your creativity.

Speech Topics: Creativity   Entertainment   Innovation and Creativity   Inspiration   Motivation and Inspiration   Productivity
Our goal is to provide speakers that encourage, entertain, and educate, YOUR audience! Work with Preferred Speakers to book the perfect speakers and entertainers for YOUR event!
Get In Touch
© Copyright - Preferred Speakers - 2022
Back To Top