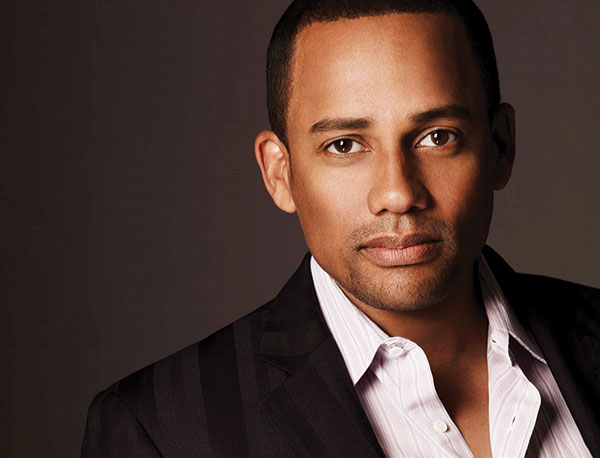 Harper also headlines HLN's How It Really Happened with Hill Harper and previously starred on CSI: NY and Showtime's award winning series Homeland. In theaters, Harper can be seen co-starring alongside Will Smith in the Sony Pictures film Concussion and in the recently released Tupac Shakur biopic All Eyez on Me.

Harper has earned seven NAACP Image Awards for his writing and acting and is a 4-time New York Times best-selling author for his books: Letters to a Young Brother (named Best Book for Young Adults by the American Library Association), Letters to a Young Sister, The Conversation, and The Wealth Cure: Putting Money in its Place. Harper's most recent book is the groundbreaking Letters to an Incarcerated Brother which speaks to the current mass incarceration crisis; it was released to critical acclaim and was nominated for several awards.

Harper founded The Manifest Your Destiny Foundation, a non-profit dedicated to empowering, encouraging, and inspiring underserved youth to succeed through education, mentorship, and grant programs.

Amongst his other titles, Harper is a successful businessman and entrepreneur. He owns The Roasting Plant Coffee Roastery in Detroit, an award-winning hotel in New Orleans, and The Architect & Co. “ a health and wellness company. Harper also owns several commercial and residential rental properties in Los Angeles and Newark, NJ.

Harper currently serves on the President's Cancer Panel having been appointed by President Obama in 2011. He travels worldwide as a motivational speaker, addressing current affairs and life-awakening topics to a wide array of audiences of youth, educators, and business leaders. In 2004 and 2014, People named him one of their Sexiest Men Alive. He anticipates being named again in 2024.

Manifesting Your Destiny & Conquering FEAR (False Evidence Appearing Real)
The Wealth Cure
The Blueprint: Being an Active Architect of Your Own Life
Energy & Innovation in the Workplace: Reinvigorate Your Mind & Ideas
Sailing the Seven C's of Success
The Conversation-- Male/Female Relationships in 2015 and Beyond

Speech Topics: Celebrity   Education   Leadership   Motivation and Inspiration   Philanthropist
Our goal is to provide speakers that encourage, entertain, and educate, YOUR audience! Work with Preferred Speakers to book the perfect speakers and entertainers for YOUR event!
Get In Touch
© Copyright - Preferred Speakers - 2022
Back To Top