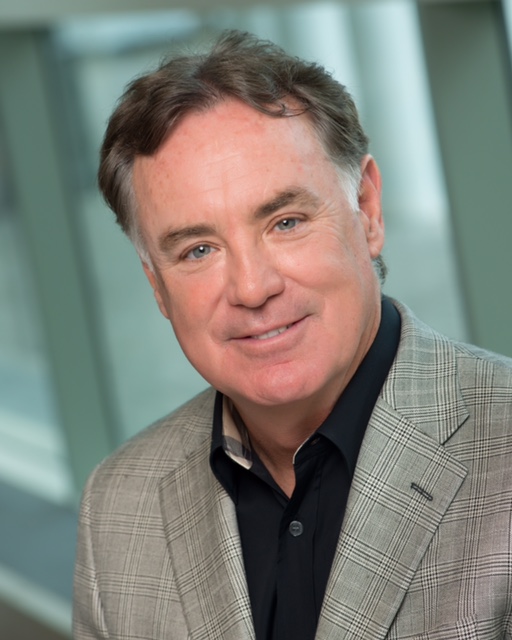 Olympic Gold Medalist Goalie, 1980 USA “Miracle on Ice” Hockey Team
Jim Craig has been called the backbone of a team that accomplished one of the most extraordinary and memorable sports victories of all time. He went on to play professionally and transitioned to tremendous success in the business world which he still enjoys today.

Olympic Gold Medalist and Hall of Fame Athlete Jim Craig is in demand from coast to coast and internationally as a motivational speaker, teamwork and life coach, spokesperson, and marketing and sales strategist. Speaker bureaus and event management groups consistently evaluate and rank Jim is among the most effective speakers and corporate coaches in America.

Jim is president and founder of Gold Medal Strategies, a promotions and marketing firm that also manages and represents Jim and his appearance business.

Jim is the co-author of the highly acclaimed business book, Gold Medal Strategies: Business Lessons From America’s Miracle Team (2010, John Wiley & Sons); he wrote the forward for The Boys of Winter: The Untold Story of a Coach, a Dream, and the 1980 U.S. Olympic Hockey Team (2005, Crown Publishers), the New York Timesbestseller written by Wayne Coffey. Jim also has had acting roles in prime-time network TV sitcoms and in product TV commercials.

An All-American goalie at Boston University and standout for the Terriers’ 1978 NCAA championship squad, Jim was selected as the starting goaltender for the U.S. 1980 Olympic hockey team. At the Lake Placid games his performance was phenomenal. Indispensable to Team U.S.A.’s epic – what some have called miraculous – upset of the Soviet Union was the play of Jim Craig. In the game against the Soviets, the Americans were outshot 42-16, but Jim made 39 saves, many of the spectacular variety, and his teammates scored four goals to secure the victory. Two days later, against Finland, Jim was again superb, and Team USA won, 4-2, to take home Olympic gold. 10/16/14

How incredible was the victory over the Soviets? It has been called the most memorable sports moment of the 20th century. “It may just be the single most indelible moment in all of U.S. sports history,” said Sports Illustrated of Team USA’s win over the Soviet Union. “One that sent an entire nation into frenzy.”

When Jim retired from pro hockey, he pursued a marketing and sales career with the same passion, focus, work ethic, and dedication that he put forth on the ice. He signed on as marketing and sales consultant for Valassis Inserts, owned by Australian media magnate Kerry Packer’s Consolidated Press Holdings and the largest freestanding newspaper insert company in the U.S. While with Valassis, Jim took an operating unit that had $300,000 in annual sales and over a 10 year period built it to unit that generated $50 million in annual sales, the top sales-producing division of the corporation. During these years, Jim received “Salesman of the Year” awards from the Marketing Corporation of America and Valassis Communications.

Jim left Valassis in 2005 and became the top salesman of Hat Trick Group, a company that creates and produces promotions, incentive marketing, and custom premium programs and products. Under his stewardship and guidance, Hat Trick Group developed new products and services and increased annual dollar sales by 80 percent and its number of clients by 30 percent in just two short years.

In 2007, Jim directed his competitive zeal and devotion to innovation and teamwork to launch Gold Medal Strategies. With Jim at the helm, in the seven years that GMS has been in business, it has grown rapidly and steadily as it serves organizations across many different business sectors – with all its clients receiving personalized attention, premium value, and competitive advantage.

A primary focus of Jim’s – across all varieties of his appearances and the services he delivers – is teaching and describing how individuals and organizations can enlist and employ the winning tactics and strategies of the 1980 U.S. Olympic hockey team to improve outcome and performance of their own organizations.

Jim actively volunteers and contributes to many philanthropic organizations and causes, including taking to the ice with the Boston Bruins Alumni to play in benefit games.

Jim and his wife, Sharlene (Charlie), have been married for 28 years. They have a two children; J.D., an account executive for Bausch and Lomb; and Taylor, a senior at Colgate University and valuable component of the Colgate Raiders NCAA Division 1 women’s varsity hockey team.

Commitment to Excellence
Jim has studied … and continues to study and research … what inspires the pursuit of excellence in those who achieve greatness. He describes what is it that separates those content with good enough, and with all right, and with the okay … and those who have an unquenchable thirst and drive to make history and establish the highest standards.

Goal Achievement
As Jim often tells audiences, “If you don’t know where you are going, any road will get you there.” Jim shares the elements and fundamental components of goal setting, defining missions – and then going confidently … and smartly … in the direction of your dreams.

Conflict Management
One of the nine “Gold Medal Strategies” that Jim teaches … that he writes and speaks about … is that Great Teams Manage Through Ego and Conflict. Jim tells the story of early on in their journey to Lake Placid and history, the players on the 1980 U.S. Olympic team were not working cooperatively; the team was beset by regional and personal rivalries. But the players got beyond the conflict – and they forged a team, and executed teamwork, for the ages.

Transformational (Change) Management
Had the members of the 1980 U.S. Olympic hockey team – under the guidance and direction of Herb Brooks – not thrown off the old ways and play of U.S. international hockey … had they not embraced a revolutionary form of the game … they would not have beat the team that couldn’t be beat, and won the game that couldn’t be won. There would not have been any gold medal, any stop atop the podium. Jim talks about how he and his teammates executed that transformation and change – and how the example of that transformation and change can aid your organization to perform more effectively.

Accountability for Action
Great Teams Hold Themselves and Others Accountable – this is one of the nine “Gold Medal Strategies” that Jim teaches. Accountability, as Jim explains and breaks down, is an exercise in looking inward and demanding accountability of yourself – and then working together as a team to make sure that every person on the team is accountable … and, as a team, helping people to be accountable and to better perform their job.

Confidence Building
How do you inspire and impart confidence? How do leaders and teams accomplish this critical task? How do you pull greatness out of people? How do you challenge and inspire people to get outside their comfort zone – and to reach for what they at one time not thought reachable, and not attainable? Jim shares with you the tactics and strategies of confidence building.

Risk Taking
Risk takers make history. If there is no risk, there is no great achievement. Jim talks about the risk taking enterprise that was the 1980 U.S. Olympic hockey team. He shares more examples of risk taking … in sports, business, and other areas of human endeavor … that enabled greatness and the epic.

Recruiting for Results
How do you find and identify the people who have the “stuff” and potential who will work for your system, culture, and mission? What is meant by the importance of not necessarily finding the “best” players but the “right” ones. Jim discusses and breaks down the elements of successful and winning recruiting.

Speech Topics: Accountability   Celebrity   Change   Leadership   Motivation and Inspiration   Olympians   Recruitment and Retention   Risk Taking   Sports   Teamwork   Virtual Presenter
Our goal is to provide speakers that encourage, entertain, and educate, YOUR audience! Work with Preferred Speakers to book the perfect speakers and entertainers for YOUR event!
Get In Touch
© Copyright - Preferred Speakers - 2022
Back To Top