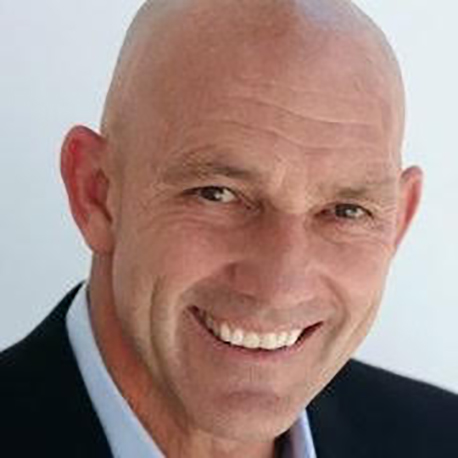 High Performance in Action
Recognized as one of the top 10 Most in Demand Keynote Speakers, John has worked with by the highest performing companies in almost every industry inspiring high performance, teamwork and leadership.

Fee Range: $20,001 – $30,000
Location:
Idaho
John is a former lead solo pilot of the Blue Angels, a Sloan Fellow at Stanford School of Business, a top rated leadership keynote speaker, gratitude guru and expert in the how of high performance teams. His exciting, rare journey inspires awe, triggering keynote audiences to take action and rethink what they believe is possible.

​John’s presentations provide a contagious attitude of thankfulness that he calls Glad To Be Here®. His energizing delivery inspires high performance through a focus on a purpose larger than self. John shares the Blue Angels’ practical model for living out his message that works in organizations outside the elite flight squadron.

John consistently performed in an extreme, high-stakes environment, flying at speeds of more than 500 miles per hour and in formations as close as 18 inches. To survive those circumstances, he relied on a culture of high trust and leadership that turned inherently unforgiving flights into extraordinary experiences. He employs those intense realities as a metaphor to motivate teams to reach for their highest potential and empower organizations to sustain excellence under dynamic change.

John’s post-Naval experiences as an entrepreneur and a Sloan Fellow at the Stanford Graduate School of Business put him in a unique position to reverse-engineer the culture of excellence and teamwork found in the Blue Angels. He has created a framework and a methodology that inspires greatness while propelling others on their own journey to high performance.

John graduated from the U.S. Naval Academy with a degree in mechanical engineering. He was a defensive back for the Midshipmen, playing in two bowl games and helping Navy to one of the best four-year records in football history. As a pilot, John was a “Top Ten Carrier Pilot” six times before becoming a Marine instructor pilot and a Blue Angel. He holds master’s degrees in business management, from the Stanford Graduate School of Business (as a Sloan Fellow); in international policy studies, from Stanford University; and in strategic studies, from the Naval War College.

In 2011 John founded the Glad To Be Here Foundation. John donates 10% of his net speaking fees to charities through the foundation, working with every client to donate 5% to charities of their choosing. Through the Foundation, more than 100 global charities have received $1M in donations. It’s part of John’s mission to connect a shared “purpose larger than self” with every organization.

• A shared attitude of gratitude called “Glad To Be Here,” which can transform any organization.
• Team connection and extension; an inspired, energized audience.
• Rare, behind the scenes footage of John flying with the Blue Angels.
• Live, virtual Q&A sessions, polls and exercises to take leaders to the next level.
Transformational Leadership
We work with clients to help leaders transform team’s dynamics and mindset to maximize their potential. To do this we develop the right program for you to address specific requirements and create a focused business outcome.
• Cultivating a Culture of Excellence
• Closing Performance Gaps and Continuous Improvement
• Enabling Transformational High Trust Leadership
• Organizational Alignment and Communications
• High Performing Team Dynamics
Speech Topics: Innovation and Creativity   Inspiration   Leadership   Military   Peak Performance   Teamwork   Trust   Virtual Presenter
Our goal is to provide speakers that encourage, entertain, and educate, YOUR audience! Work with Preferred Speakers to book the perfect speakers and entertainers for YOUR event!
Get In Touch
© Copyright - Preferred Speakers - 2022
Back To Top