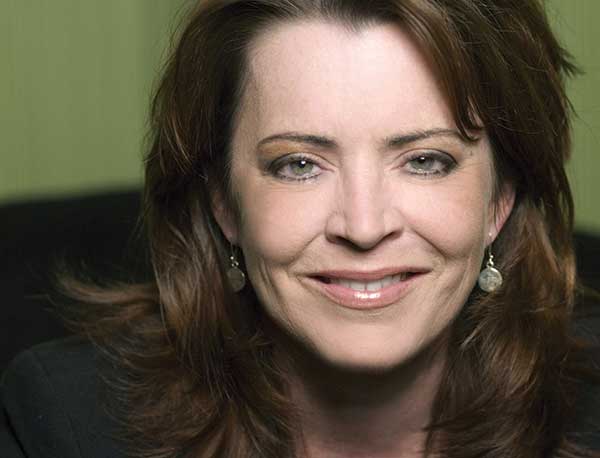 Over her 25 year career Kathleen Madigan has performed on nearly every standup television show ever made: Leno, Letterman, Conan, Ferguson and so on. She’s starred in two HBO specials, three Comedy Central specials, three CMT “Salute to the Troops” specials with Ron White and her most recent hour-long special, Gone Madigan, is in rotation on Showtime and CMT. Kathleen has released four CD’s, two DVD’s and a very recent one hour special.

“How is it,” the Detroit Free Press asks, “that Madigan has yet to be cast as the wise-cracking a) best friend b) office worker or c) martini-swilling mother-in-law in any of countless sitcoms? We’re thinking it’s because she’s so irreplaceable on the stage. She’s described as the funniest woman doing stand-up right now, but no gender qualifier is necessary. Along with Lewis Black, Brian Regan and Jim Gaffigan, she’s one of the funniest stand-up comedians of her generation.”

“I just want to tell jokes,” says Madigan, “I didn’t start doing open mics to become an actor on a sitcom or in a TV commercial. Those things never even crossed my mind. I just like to tell jokes for an hour or so and laugh. For a few of us working today, this was our goal. We don’t have any more goals. Can’t you ever have a goal, reach it and then enjoy it? This society is being driven by type A lunatics that say ‘you have to set more goals.’ No you don’t. Have a seat and enjoy the fact that you’re here! Maybe that’s the Irish in me talking though.”

Every year is packed with theater gigs, the filming of a new special in Detroit in the spring, and appearances on late night television and The View. It’s been a 25 year career of 300 nights a year on the road. “We don’t get time off like a band. Our tours never end. That’s why it makes me laugh when people say ‘how long is your tour?’ Well so far, 25 years.” She’s gone from one nighters, to club gigs, to theaters, to headlining the Mirage in Las Vegas.

Kathleen has performed on two USO tours to Iraq and Afghanistan with pals Lewis Black, Robin Williams, John Bowman and musical acts Kid Rock, The Zac Brown Band, Kix Brooks and Kellie Pickler. “There’s no better show on earth than a show for the troops. Trust me; no crowd is as happy to see a show as 1000 soldiers in Kabul. I do USO shows at home here in the US too but the further people are away, the more they appreciate it. I don’t think they get paid enough for a hard job so I like to do something for free when I can.”

The only comedian in the history of NBC’s Last Comic Standing to go unchallenged by any other comedian–meaning no comedian would say they were funnier than her, Kathleen was a top three finalist in Season 2 and a judge on Season 5. She has done live remotes and commentary on numerous shows including Dr. Phil, E!, TV Guide Network, VH1, ESPN 2 and The Tonight Show with Jay Leno.

A favorite on nationally syndicated radio shows such as the The Bob and Tom Show and The Stephanie Miller Show, Kathleen is in constant rotation on SIRIUS-XM Radio and she is repeatedly voted the #1 audience favorite by listeners.

Kathleen has performed internationally at festivals and theaters in Ireland, England, Australia and has filmed six Montreal Gala Shows at the Montreal Comedy Festival for Canadian television.

Originally from St. Louis, Missouri Kathleen splits her time between the road, Los Angeles and Missouri.