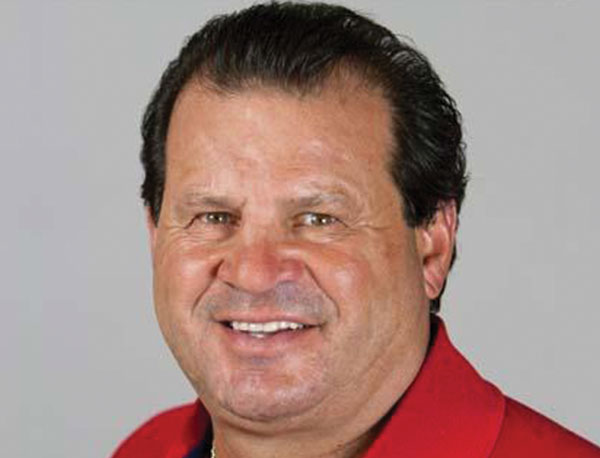 1980 U.S. Olympic Hockey Team Captain; Portrayed in Disney's Miracle
Mike Eruzione served as the enthusiastic captain that led the 1980 United States Olympic Hockey Team to its Gold Medal victory at Lake Placid. The highlight of the games for Eruzione was his winning goal against the Soviet Union in the game that stunned the world.

Walt Disney adapted the story of the "Miracle on Ice" into a feature length film, titled Miracle, which was released in February 2004. The film stars Kurt Russell as legendary Olympic head coach Herb Brooks and Hollywood up-and-comer Patrick O'Brien Demsey as Mike Eruzione.

A native of Massachusetts, Eruzione was well-known as a local sports talent, being on all-scholastic teams in baseball, football and hockey. At Boston University, Mike Eruzione captained his senior year hockey team and finished as the second leading scorer in B.U. history. For all four years that Mike played at B.U., his team won the Eastern Collegiate Chionships. Eruzione was also cited as best defensive forward in the East all four years and was inducted into the Boston University Athletic Hall of Fame.

After graduation, Eruzione joined the U.S. National Team and then played for two years with the Toledo Goaldiggers of the International Hockey League, maintaining his amateur status. In the IHL he was voted the McKenzie Award, which is annually presented to the most outstanding American born hockey player in the League.

The following season Eruzione was chosen to join the fateful 1980 U.S. Olympic Team at left wing and held the honor of being elected captain by his teammates, as well as being inducted into Olympic Hall of Fame.

After the spectacular Olympic victory, Mike Eruzione spent several years in New York and New Jersey as a commentator for the Madison Square Garden Communications Network. He provided coverage of the New York Rangers and New Jersey Devils games and also did special interviews with players and coaches.

In 1984, Eruzione was seen broadcasting for ABC Sports for both the Winter and Summer Olympics from Sarajevo and Los Angeles, and again in Calgary for the 1988 Winter Olympics. In 1992, Eruzione went to Albertville, France for the Winter Olympics with CBS as a hockey commentator. In preparation for the 1994 Winter Olympic Games, Mike did the Olympic Hockey Tour sponsored by John Hancock Insurance Co. promoting the U.S.A. team and supporting our Olympic athletes. We saw Eruzione in Lillehammer, Norway commentating once again for CBS covering the Olympic hockey games.

Presently, he divides his time between charity work, public speaking engagements, and serving as director of Development for Boston University Athletics, a post to which he was named in September 1995. Prior to that, he worked as B.U.'s director of Special Programs for Alumni Relations and Development for two years. He also serves as an aide to Jack Parker, head coach of B.U.'s hockey team.

The Miracle on Ice

Teamwork: How to Surmount Obstacles and Win

Always Go for the Gold!

Speech Topics: Leadership   Motivation and Inspiration   Olympians   Sports   Teamwork
Our goal is to provide speakers that encourage, entertain, and educate, YOUR audience! Work with Preferred Speakers to book the perfect speakers and entertainers for YOUR event!
Get In Touch
© Copyright - Preferred Speakers - 2020
Back To Top