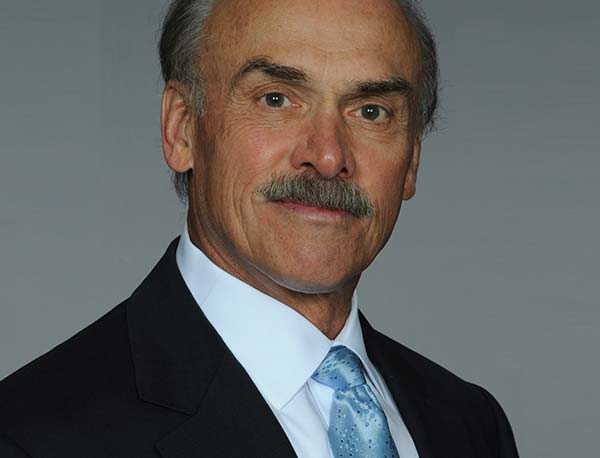 Be the Best You Can Be
Rocky Bleier's story - a gripping tale of courage on both the football fields of America and the battle fields of Vietnam - has held audiences in rapt attention for years. Yet, the motivational message behind it, detailing how ordinary people can become extraordinary achievers, defines success in the new American century.

With the same optimism, sense of humor and steadfast determination that were his trademarks as a Pittsburgh Steelers running back, Rocky Bleier takes audiences from his early years through his professional career and talks about the lessons he learned along the way….lessons that we all can benefit from.

Not falling within the ideal of what a running back should look like, Bleier had to run harder and play smarter to be able to stand out. Despite his drive and ability to make the big play, the Pittsburgh Steelers only considered him a late round pick. But before the season ended that first year, he was drafted again…this time by the United States Army. At the height of the Vietnam War, Bleier was thrust into combat early and was seriously wounded when his platoon ran into an ambush. Receiving wounds from both rifle fire and grenade fragments in his legs, he was barely able to walk and his professional football career seemed to have ended before it began.

For more than two years, he drove himself. Little by little he overcame obstacles and fought his way back. He not only made the Pittsburgh Steelers, but also eventually became a starting running back on a team that won four Super Bowls and became the greatest football team of the 20th century.

The hard lessons Rocky Bleier learned early in his life that helped him overcome adversity and reach his goals, have paid off after football. Some of those lessons are seen between the lines in the popular book on his life, “Fighting Back,” and an ABC-TV movie of the week by the same name.

Be the Best You Can Be

Whether it is career development for corporate executives, enhancing sales and marketing skills for sales teams, offering inspiration for young professionals or practical advice to student athletes, Rocky Bleier’s delivery is a winner. His advice is not about avoiding life’s twists and turns but conditioning one’s self to lean into them and to incorporate the resulting energy in realizing goals.

Speech Topics: Achievement   Celebrity   Change   Motivation and Inspiration   Overcoming Adversity   Sports
Our goal is to provide speakers that encourage, entertain, and educate, YOUR audience! Work with Preferred Speakers to book the perfect speakers and entertainers for YOUR event!
Get In Touch
© Copyright - Preferred Speakers - 2022
Back To Top