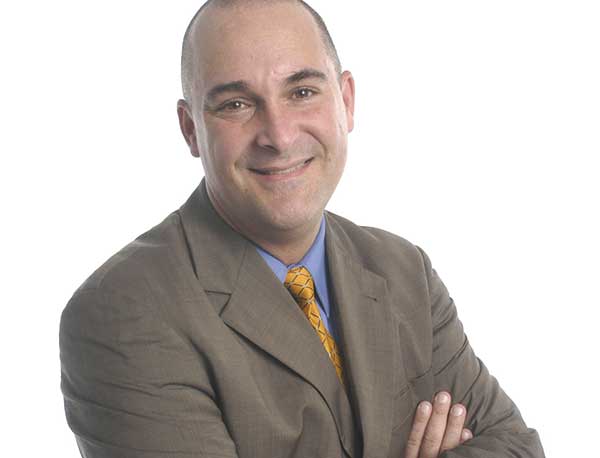 Steven S. Little is a much sought after expert on the subject of business growth and the future of opportunity. As a former president of three fast-growth companies, he now advises thousands of leaders of growing organizations and communities each year. For over ten years, Steve was also a Senior Consultant for Inc. magazine.

He is the author of the best-selling books The 7 Irrefutable Rules of Small Business Growth (Wiley, 2005) and The Milkshake Moment: Overcoming Stupid Systems, Pointless Policies and Muddled Management to Realize Real Growth (Wiley, 2008). And his newest book Duck and (re)Cover: The Embattled Business Owner's Guide to Survival and Growth (June 2009) received praise as a Must-Read Business Book for 2009.

From 1988 thru 1999, Steve was president of three fast growth companies. Both FAME, Inc. and Erb Industries, Inc. achieved profitable growth rates of over 500% during his tenure.

Steve is a graduate of Miami University and has studied at The Institute for Management Development in Lausanne, Switzerland and The University of Houston's Future Studies Program. Steve and family live in sunny Wilmington, NC and historic Merida, Mexico.

Real-World Growth Strategies: The Future of Opportunity for the Glass Industry
In his timely and informative presentation, Steven S. Little, (currently a Senior Consultant with Inc. Magazine and formerly President of three fast growth companies) will present what it takes to grow your business effectively and profitably with his list of proven growth strategies.

Duck and (re)Cover: The Embattled Business Owner's Guide to Survival and Growth
This presentation provides specific answers regarding those areas in which leaders need to concentrate their time, money and effort in today's volatile world. Short on theory and long on actionable advice, he helps growth-oriented leaders best position themselves for both survival and growth in the 21st century.

The Milkshake Moment: Overcoming Stupid Systems, Pointless Policies and Muddled Management to Realize Real Personal Growth
Growth. It's the central focus for nearly every organization and leader. In this humorous, yet insightful keynote presentation, Steve shows you how to identify and overcome the growth-stifling behaviors inherent in any organization and how you can lead the way toward substantive change and real growth.

The 7 Irrefutable Rules of Business Growth: 21st Century Strategies for Building Your Company
More than any other objective, businesses want to grow. In this, his most popular keynote, Steve investigates what it takes to grow your business both effectively and profitably. Through his personal experience as a growth expert (both as a growth consultant and as President of three fast growth companies) and studies of the Inc. 500 (America's fastest growing privately held companies) Steve identifies those best practices of organizations that achieve sustained and profitable growth.

The Future of Opportunity: A 20/20 Vision of Your Success
By identifying the most impactful macro-changes taking place in our world today, and dovetailing them with the specific developments within your industry or organization, Steve illuminates the future of opportunity and success for your group over the next 3 to 15 years.

The Ten T's of Customer Acquisition &; Retention: Proven Initiatives For Building Relationships and Profits
Steve examines how today's most successful organizations are transforming the way in which they acquire and retain customers. Through concepts such as œtouches, œtelepathy and œtimebombs, this no-nonsense discussion will help your group build customer-centric processes that lead to sustainable growth.

Speech Topics: Customer Service   Entrepreneurs   Leadership   Strategy
Our goal is to provide speakers that encourage, entertain, and educate, YOUR audience! Work with Preferred Speakers to book the perfect speakers and entertainers for YOUR event!
Get In Touch
© Copyright - Preferred Speakers - 2021
Back To Top