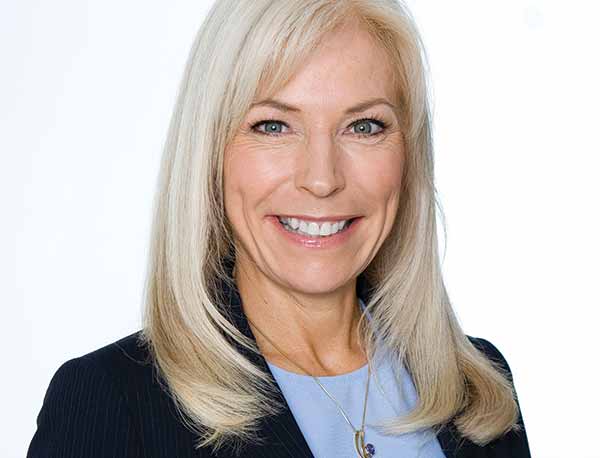 Susan’s record would be remarkable enough if it only detailed her business achievements. During her 23-year corporate career, she has held a series of increasingly responsible executive positions in the sales divisions of Fortune 500 companies. She led teams to sales records, beating quotas from $1 million to $600 million. Ending as a vice president of sales for a multi-national telecommunications corporation, she was responsible for their fast-growing Internet division. She also worked at US WEST, United Technologies, FedExKinko’s, and GTE (Verizon). During her business career, she earned 11 annual President’s Club sales awards — the top honors awarded to the sales people in these companies.

But as she was marking these achievements, she and her husband Phil, a professional mountain guide, were climbing the Seven Summits — the highest mountain on each of the world’s seven continents.

That remarkable journey culminated at the top of Mount Everest on May 16, 2002. With that climb, she and Phil became the first couple in history to climb the Seven Summits together. They’ve written a book on their adventure, Together on Top of the World: A True Story of Love and Courage, published by Warner Books.

That feat earned them world-wide media attention, including Good Morning America, CNN, The New York Times and many others. As Alex Ward of the The New York Times put it, “Surmounting Everest’s 29,035 feet remains one of the great mythic achievements, an undisputable display of skill and courage against ice and rock, bottomless chasms, body-numbing temperatures and tent-shredding winds, all in an oxygen-deprived danger zone. Ms. Ershler worked hard to get there.”

Susan Ershler had climbed to the top of her sales profession before she ever strapped on crampons. She approaches climbing goals and sales goals the same way: setting them high and keeping them constantly in mind.
—Seattle Woman Magazine

• Climbed to the summit of Mt. Everest on May 16, 2002 with her husband Phil becoming, “The first couple to climb the Seven Summits together” (the highest peak on each of the world’s seven continents.)

• Sue became the 12th American woman to climb Mt. Everest and the fourth American woman to complete the Seven Summits. Not a professional mountain climber, Susan trained by climbing the 35 stories in her high-rise office building on her lunch hour for a year — with a 40-pound pack on her back.

Susan tells her electrifying story to audiences with clarity and passion. She lifts her audience’s ambitions by showing them how hard work, dedication, perseverance and a total commitment to excellence can pay off in reaching seemingly impossible goals.

Her leadership message begins with visualizing a goal, no matter how difficult or out of reach. She continues with techniques to improve focus and discipline and shows how essential teamwork is to achievement. And she concludes with a passionate affirmation of the value of life and the thrill of celebrating your success from the top of the world.

Susan’s message stands apart for its credibility and power. Having climbed the mountain — in work, and in the world, Susan Ershler is the real deal.

Reaching New Heights: Everest & Beyond
No matter how impossible they may seem, your dreams for personal and professional success are never truly out of reach if you Project • Prepare • Persevere®. This is the systematic approach to high achievement Susan Ershler developed while simultaneously climbing the world’s tallest mountains and leading sales organizations at some of the nation’s largest corporations.
On May 16, 2002, Susan and her husband Phil made history as the first couple to stand together at the summit of Mount Everest, capping their decade-long odyssey to climb the Seven Summits; the highest mountains on each of the seven continents. In her stirring keynote, Susan tells the amazing story of their Everest experience, the setbacks they overcame along the way, and their triumphant return to reach the summit. She also shares the road-tested strategies she developed that can empower anyone to overcome their perceived limitations and achieve seemingly impossible goals.

Conquering the Seven Summits of Peak Performance
In today’s increasingly competitive business environment, it takes vision, planning and perseverance to reach the pinnacle of career achievement. Are you ready to see your career trajectory accelerate into the stratosphere? Then Susan Ershler’s Project • Prepare • Persevere® methodology is your key to becoming a peak performer and reaching the pinnacle of personal and professional success.
In this inspiring presentation, Susan shares the Seven Summit principles that every business professional must master to consistently achieve top performance year after year. She also describes practical techniques for overcoming real-world business challenges and securing the financial rewards and personal fulfillment that come with being a top performer. Attendees will leave confident, inspired, and equipped with the tools they need to achieve peak performance and realize their dreams.

Leading Teams to Peak Performance
On the mountains, successful expedition leaders think like guides, not climbers. In the business world, the most successful sales leaders think like CEOs. They inspire and lead by example.
Susan is an expert practitioner in the art of sales leadership. Throughout her career, she has excelled at building and leading teams that achieve exceptional, sometimes life-changing results. In this inspiring presentation, Susan shares the Project • Prepare • Persevere® methodology that enabled her to lead her sales team to achieve a seemingly impossible $300M revenue goal while simultaneously climbing the Seven Summits; the highest mountain on each of the seven continents.

Drawing on her knowledge and experience, Susan shows why the best leaders are much more than top performers themselves. They enable every member of their team to overcome their perceived limitations by learning to commit to their team’s shared vision of success. Attendees will walk away with the leadership skills they need to help their teams win the recognition and rewards that accrue to top performers.

Conquering the Seven Summits of Sales
Is your sales organization achieving its true potential?What strategies and techniques would transform your sales team into a dynamic force for revenue growth and customer satisfaction?
For two decades, Susan Ershler rose through the ranks of sales leadership while simultaneously climbing the highest mountain on each of the seven continents. Now, her mission is to help others secure the financial rewards and personal fulfillment that come with being a top performer.

In this presentation, Susan shares the Seven Summit principals that every sales professional must master to consistently achieve top performance year after year. She describes the Project • Prepare • Persevere® methodology that enabled her to lead her sales team to achieve a seemingly impossible $300M revenue goal. She also provides practical techniques for overcoming real-world sales challenges and blowing away the numbers. Attendees will walk away inspired to excel and ready to meet Everest-sized revenue objectives.

Speech Topics: Achievement   Adventure   Goals   Inspiration   Leadership   Peak Performance   Sales   Teamwork   Vision
Our goal is to provide speakers that encourage, entertain, and educate, YOUR audience! Work with Preferred Speakers to book the perfect speakers and entertainers for YOUR event!
Get In Touch
© Copyright - Preferred Speakers - 2021
Back To Top