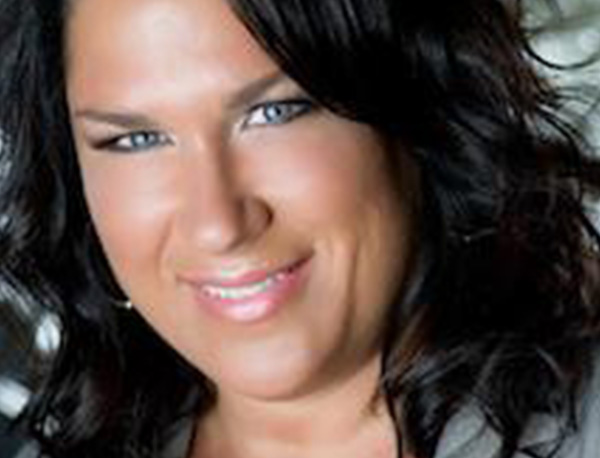 A great Tell It Like It Is Speaker!
Cy Wakeman is a dynamic national keynote speaker, business consultant, New York Times bestselling author, and trainer who has spent over 20 years cultivating a revolutionary approach to leadership. Grounded in reality, Wakeman's philosophy teaches people how to turn excuses into results and transform unhappy employees into accountable, successful members of the workforce.

Wakeman's professional journey began when she was promoted to her first management position in the late 1980s. Rather than forcing ineffective, traditional management practices into her workplace, Wakeman began developing and teaching her employees a reality-based mindset. What she found was inspiring “ her employees were not only motivated to succeed, but they were also driven to deliver results, adapt to change, and emanate happiness on the job. Inspired to help others transform their company and their work, Wakeman began consulting and training. Today, she visits more than 200 companies each year, empowering employees and executives alike to take control of and invest in their work.

Wakeman's acclaimed new book, The Reality-Based Rules of the Workplace, shows employees how to calculate their true value to their organization. With an original formula for measuring current performance, future potential, and emotional expense “ the toll an individual's actions and attitudes take on the people around them, Wakeman shows employees how to become invaluable team members and learn to love their jobs again.

Named one of the Top 100 Leadership Experts to Follow on Twitter, Wakeman's influence continues to build. Her programs are consistently ranked by participants as the single most impactful training they have ever received.

An expert blogger on FastCompany.com and Forbes.com, Wakeman's ideas have been featured in The Wall Street Journal, The New York Times, The New York Post, and on SHRM.com. She has written two books: Reality- Based Leadership: Ditch the Drama, Restore Sanity to the Workplace, &; Turn Excuses into Results (Jossey-Bass; 2010) and The Reality-Based Rules of the Workplace: Know What Boosts Your Value, Kills Your Chances &; Will Make You Happier (Jossey-Bass; 2013).

Wakeman is a highly sought-after conference headliner and holds a Certified Speaking Professional (CSP) designation from the National Speakers' Association, placing her within the top 3% of speakers worldwide. In 2012, she received the Outstanding Leadership Award from the World HRD Congress.

Reality – Based Leadership ™
Today’s challenging business environment is calling for a new type of leader. We need those willing and able to recreate mindsets (their own and that of others) and change an organization’s culture in order to lead in a bold new way.

Cy Wakeman is at the front of the reality revolution. It begins with a few good leaders who are able to quickly see and radically accept the reality of the situation, conserve precious team energy, and use that energy instead to impact reality. A great Reality-Based Leader anticipates the upcoming changes and capitalizes on the opportunity inherent in the situation without drama or defense.

The principles of Reality-Based Leadership™ include: – Refusing to argue with reality
– Valuing action over opinion
– Leading first, managing second

– Bulletproofing employees so that they can succeed, regardless of the circumstances – Working to be happy rather than to be right
Reality – Based Rules of the Workplace
Wouldn’t you like to know your value within your organization? Better still, wouldn’t you like to boost it?

Cy Wakeman shows how to determine your value to your organization. She’ll introduce a formula designed to calculate your current and future potential against your “emotional expense” – the toll your actions and attitudes take on the people around you. Her clear direction cuts or reduces your emotional cost, and helps everyone become an invaluable member of the team. The result? Everyone at all levels of the organization will not only re-engage, but grow passionate about their work.

5 rules to boost your value include:
1. Don’t hope to be lucky. Choose to be happy.
2. Ditch the drama.
3. Buy-in is not optional. Your action, not opinion, adds value.
4. Change is opportunity.
5. Succeed anyway.
Reality – Based Engagement
For years, our organizations have been investing time, money, and energy into engaging our employees based on the promise that engagement drives results. But, many organizations report that engagement alone falls short. Engagement without accountability is chaos. When they meet, breakthrough performance emerges.

Packed with practical guidance for cultivating the power of personal accountability, Cy’s reality based approach will help:

Reality – Based Accountability
Everyone talks about accountability, but few organizations are actually able to deliver it. Cy breaks down the core competency of personal accountability and offers a plan for coaching and developing accountability at all levels. You will learn how to:

Speech Topics: Accountability   Business Growth   Change   Corporate Culture   Engagement   Human Resources   Leadership   Management   Women Today   Workplace Issues
Our goal is to provide speakers that encourage, entertain, and educate, YOUR audience! Work with Preferred Speakers to book the perfect speakers and entertainers for YOUR event!
Get In Touch
© Copyright - Preferred Speakers - 2022
Back To Top